For Ward Bennett fans like us, 2017 is a year to celebrate. Not only is it the centenary of the celebrated designer, but it also marks the publication of Ward Bennett, the first-ever monograph on the polymath behind the furniture, interiors, and objects that have come to define a certain late-twentieth-century modernist sophistication. And yet, Bennett still flies under the radars of all save the most cognizant of the design cognoscenti. To better introduce the man and his work—much of it currently in production by Geiger, one of Herman Miller’s family of brands—WHY offers a new video based on a television interview from 1981 to share how Ward worked and the way he thought about design. In addition to the video, we’re excited to share the foreward to the book, an essay from the British architect, and noted minimalist John Pawson. With his innate elegance and emphasis on elemental forms, textures, and experiences, Pawson is an ideal candidate to appreciate Bennett who himself sought to pare everything—from pottery to flatware to Manhattan apartments—down to its essence.

From my teenage years, I was aware of Ward Bennett’s work. We never met, but the trajectories of our lives have a number of elements in common. We both started out in fashion textile businesses and had no formal architectural training. “I learn from people,” Bennett once said, referring specifically to Hattie Carnegie, Hans Hofmann, and Georgia O’Keeffe. Early on we each left one continent for another—Bennett for Europe, I for Asia—before returning to forge careers on home soil. We shared, too, an interest in Zen monasticism: Bennett spent a vacation in a monastery in Japan, while I for a time harbored romantic notions of becoming a Zen Buddhist monk.

Some of the same cast of characters have crossed both our paths. A few years ago, I designed a house for the Rolling Stone publisher Jann Wenner and his partner, Matt Nye, on the dunes of Montauk at the eastern end of Long Island, New York. Some twenty years earlier Wenner had bought a house a little further west along the shore in Amagansett, designed by Bennett in 1968. At the age of seventy-four, Bennett worked with Jann and his then wife, Jane Wenner, on the remodeling of the residence, which the original owner, Hale Allen, describes as “a sculpture that held rooms.” It’s an intriguing thought, collaborating with one’s younger self in this way.

More significant than any of this, however, is a shared and deeply held belief in the value of simplicity—in the conviction that life can be comfortably but simply lived. In a television interview, Bennett said that the “most successful thing I do is how I live,” which was very quietly, between the city and country, “always working.” His possessions were pared back to things that were both necessary and personally meaningful, on the basis that anything else is “just trash.” He enjoyed traveling, and his experiences seem to have strengthened his belief in the importance of an authentic sense of place. He mourned the loss of the personal and the specific—of the forms of craft that carry the essence of where you are. You should know, he said, whether you are in Paris or Milwaukee, Wisconsin. He recalled visiting two apartments in the same evening that were so alike—in terms of the furniture, the materials, and even the art—that it was difficult to remember where he was, and this upset him. Increasingly he saw no difference between homes, showrooms, and restaurants. It was all too shiny, too “showbiz,” with no personality and no sense of the true art of living. Taste, he believed, was a set of responses and preferences you developed as an individual, rather than something generic in which you participated. He quoted O’Keeffe’s view that, in the end, the only thing that matters is this: “Is it interesting?”

“In life and design, try to pull it all down to a minimum.”

Bennett understood that true luxury lies in a beautiful view rather than extravagant living spaces. From his first interior project—an apartment in Manhattan—it was obvious that his approach embodied a powerful underlying philosophy and was not merely an accumulation of aesthetic choices. He had an extraordinary ability to make places that felt good for the eye and for the body. He believed in the importance of getting the planning of the space right: the circulation, utilities, storage, kitchen, bathrooms, and lighting. He exemplified the ways in which the roles of the architect and designer overlap with those of the editor and curator, meticulously assembling the elements of a physical environment with combinations of his own designs and carefully chosen furniture and art, in the process showing how a range of references, drawn through the same lens, can create a seamless, timeless whole. But always, in the end, it was the space itself that was the thing. 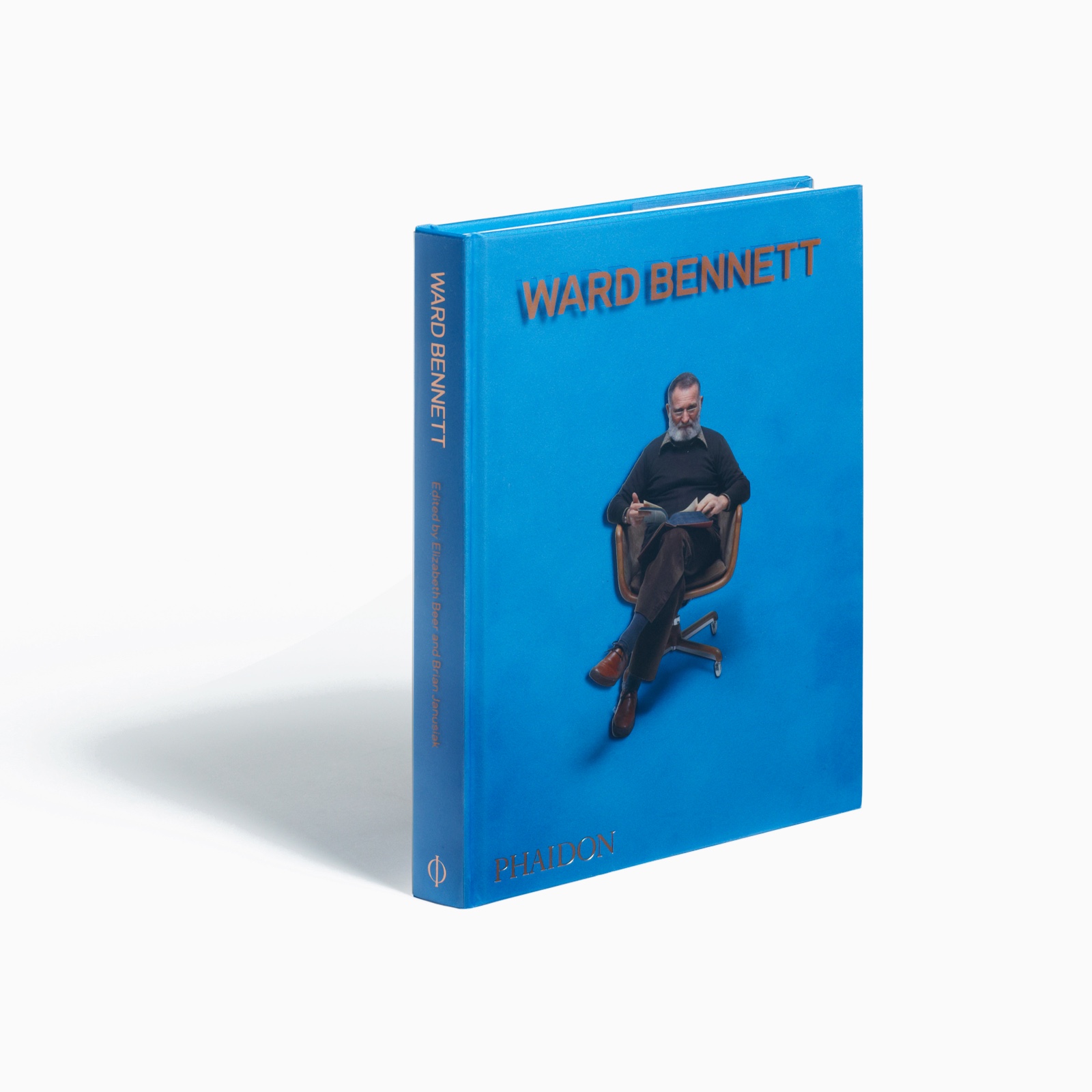 For more, check out the book Ward Bennett, published by Phaidon and edited by Elizabeth Beer and Brian Janusiak.