In April of 2019, the AIGA (American Institute of Graphic Arts) posthumously honoured Alexander Girard with its highest accolade, an AIGA Medal. We’re thrilled at the commendation, one that Girard earned in part for his vast corpus of design over the 21 years he spent at Herman Miller. Girard also joins the likes of Charles and Ray Eames, George Nelson, Tomoko Miho, Steve Frykholm, and others as Herman Miller-affiliated designers who have won an AIGA medal.

“Alexander Girard was a designer who defied easy categorisation, mostly because he worked—and excelled—in every field. Tireless, creative, and immersive, Girard was most comfortable when absorbed in a project, and he managed to complete a staggering catalogue raisonné in his lifetime: houses, department stores, trendy restaurants, less trendy restaurants, logos, a terrazzo material, an airline, a folk art museum, even an imaginary land with its own language.”

It was as a textile designer that Girard made his most lasting impression on Herman Miller. He became head of the Herman Miller Textile Division in 1951 and designed over 300 textiles in a staggering host of colourways during his two-decade tenure. They’re so good that Maharam still makes many of them today.

Though his graphic output in textiles alone could garner a medal, Girard worked across disciplines and his oeuvre includes multiple typefaces, graphic identities, retail stores, a full rebrand of Braniff Airlines, the interiors of the iconic Miller House, and the charming, graphic Environmental Enrichment Panels that so enlivened offices across the world. 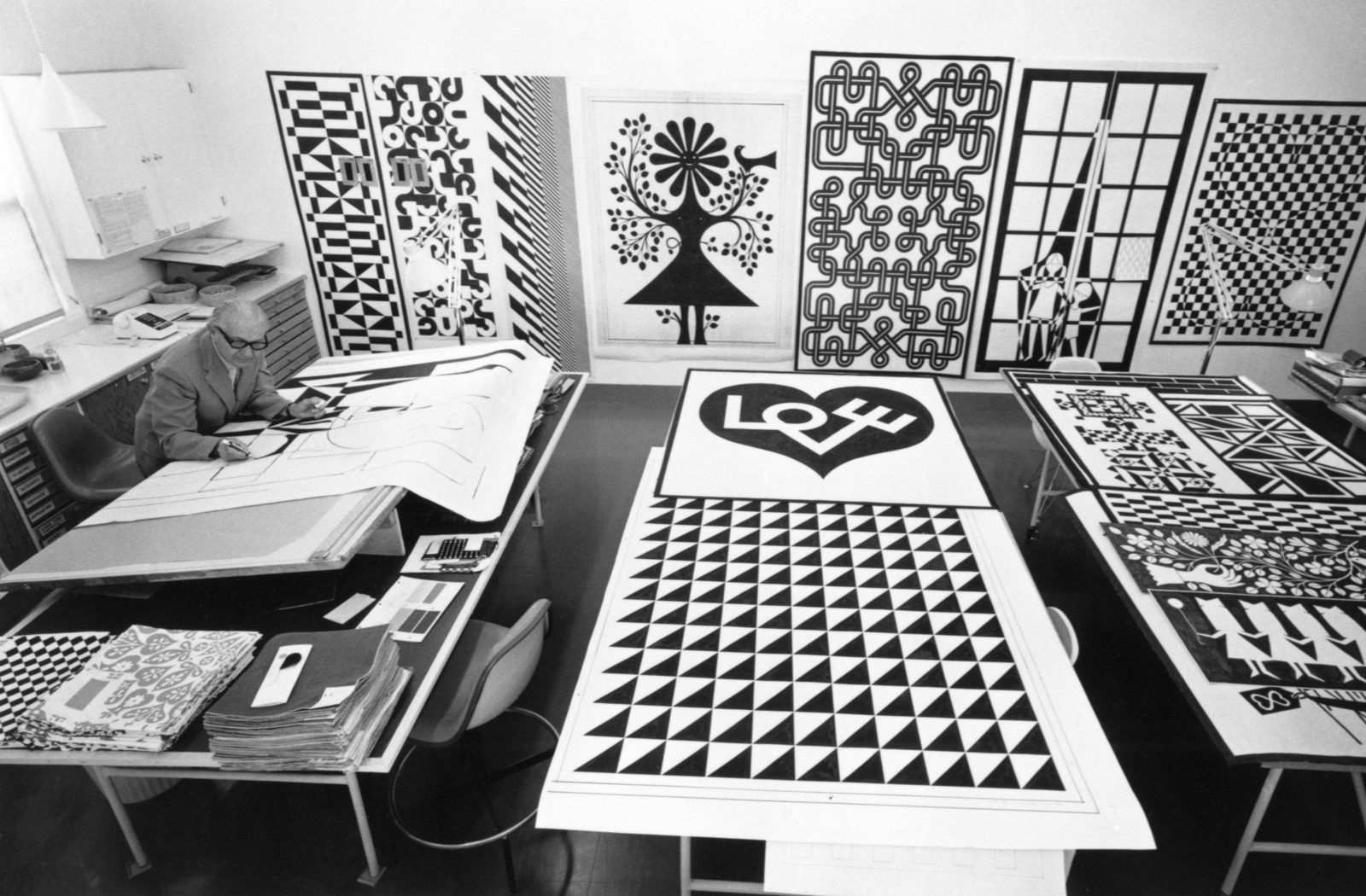 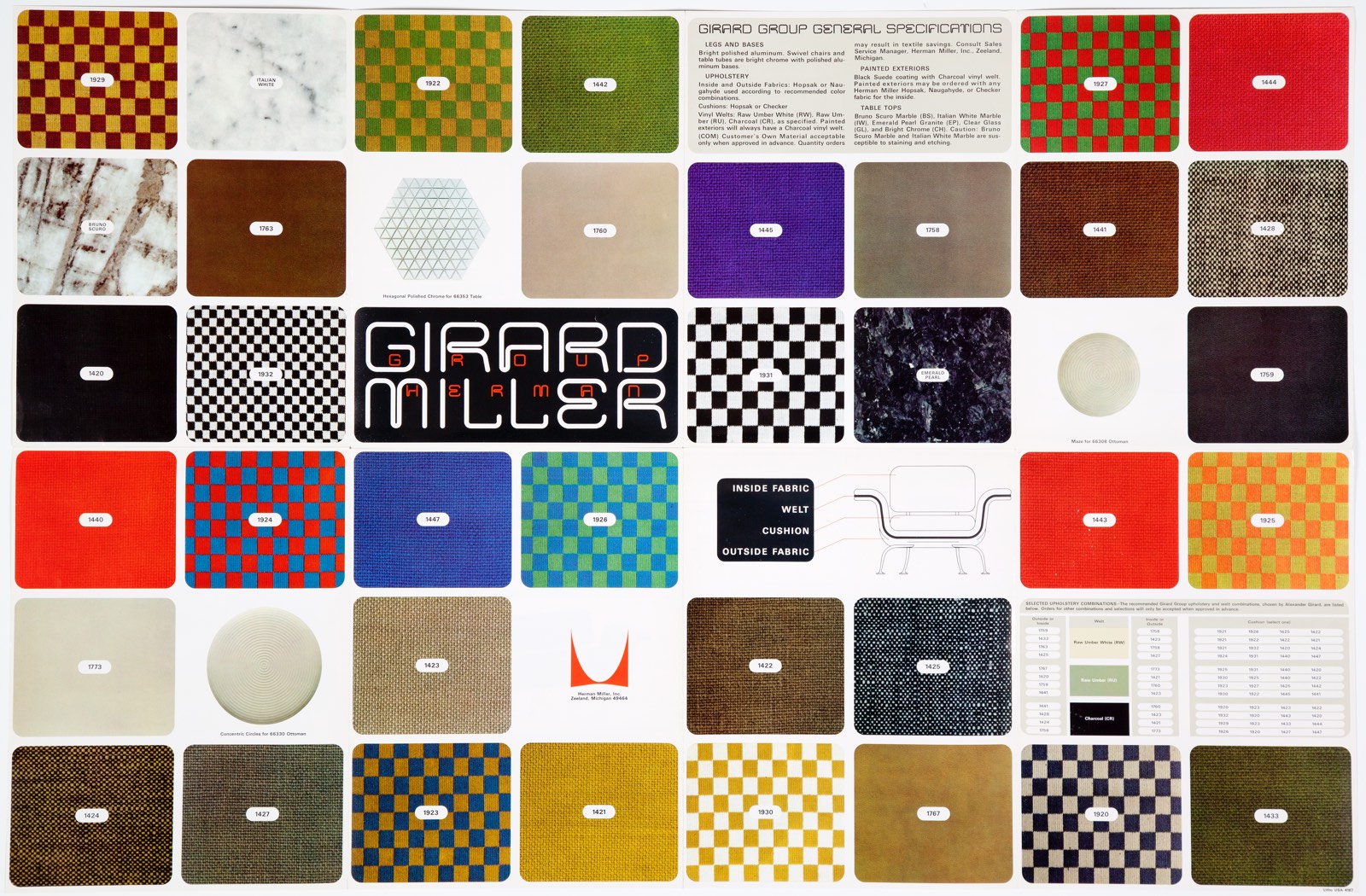 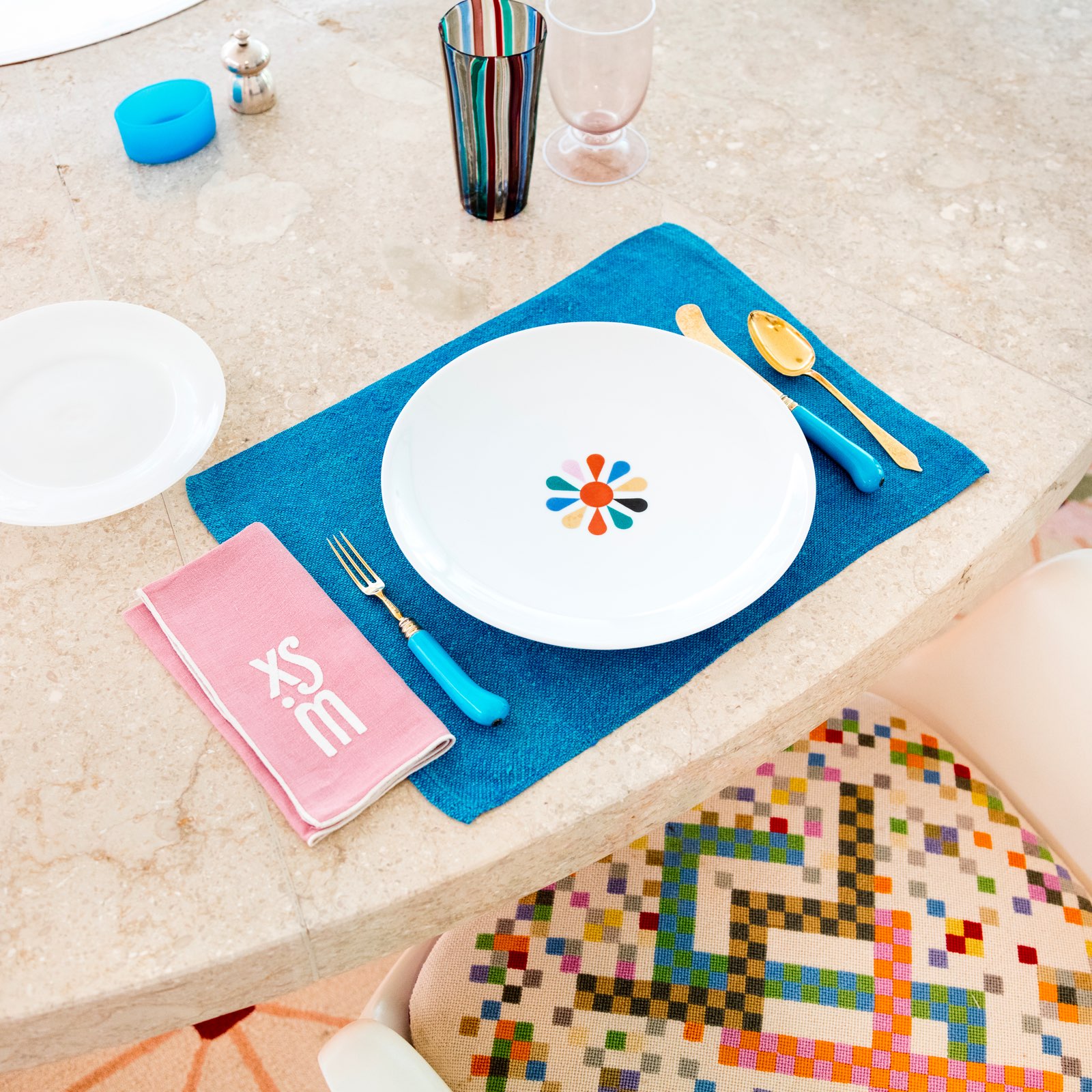