Herman Miller's commitment to building facilities that celebrate the surrounding environment can be traced back to our company founder, D.J. De Pree. Among his many visionary environmental (and humanistic) directives, he stated that all employees should be able to look out of a window from no more than 23 metres. Today, more than 50 years later, this is known as harvesting natural daylight to cut energy bills and eliminate the pollution caused by the production of electricity. 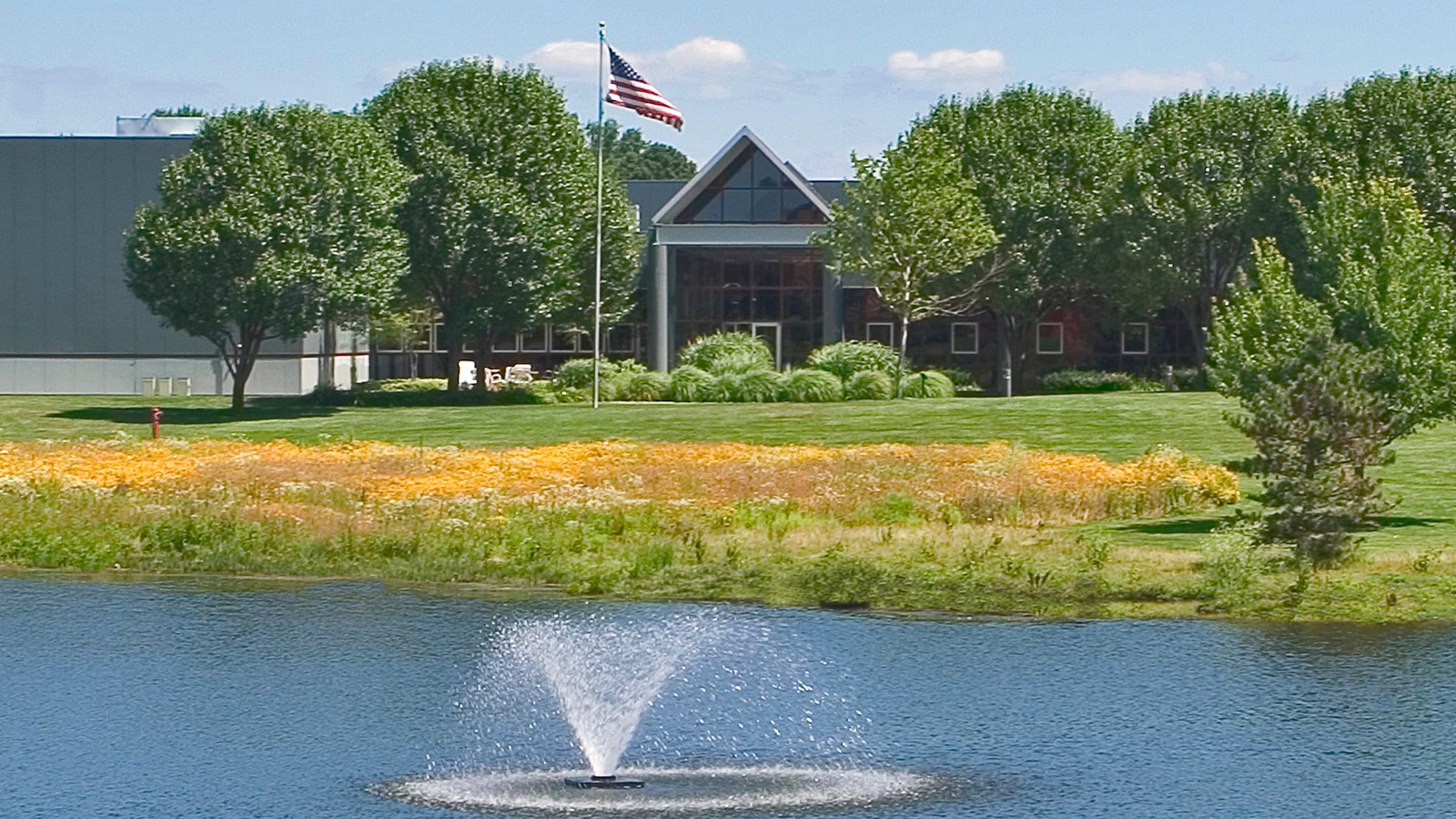 D.J. also declared that any new properties that the company developed would dedicate 50% or more to green space to promote a healthy environment. Both of these mandates are still followed by the company today.

It makes sense, then, that a company dedicated to creating people-centred architecture was also a founding member of the US Green Building Council (USGBC), and helped to formulate LEED Certification guidelines.

Herman Miller and the US Green Building Council
In 1993, Herman Miller helped to fund the start-up of the United States Green Building Council (USGBC). This non-profit organisation is dedicated to understanding and promoting sound environmental building practices. We supported this new organisation because during a time of incredible growth and construction, we knew we wanted to continue the legacy of our founder with current and future building projects. We determined that this new organisation would enable Herman Miller's Facilities Group to learn from experts in the field.

At the same time that the USGBC was launching, Herman Miller hired renowned environmental architect William McDonough to design our next manufacturing facility, to be located next to an existing HMI warehouse on more than 18 hectares of rolling prairie. In 1995, the USGBC selected the building, which we named the "GreenHouse", as a pilot for the development of its Leadership in Energy and Environmental Design (LEED) certification process.

The USGBC cited the GreenHouse as a model of what was possible and awarded it "Pioneer" status. The building today stands as proof that using green design can not only be aesthetically pleasing but also environmentally sound and financially beneficial to a company. Further confirmation came from the US Environmental Protection Agency, which funded a study that validated the GreenHouse's financial and environmental performance. In addition, the GreenHouse has received numerous awards for its attractive appearance.

Today, Herman Miller is committed to building or renovating its facilities to meet the highest standards of independent certifying bodies, including LEED, ISO 14001 and BREEAM (Building Research Establishment's Environmental Assessment Method), a UK assessment method for sustainable buildings. As an environmentally progressive company for more than half a century now, Herman Miller is committed to continue exploring new and innovative approaches to creating green buildings.