When Charles and Ray Eames landed on the final design for a piece of furniture, their work was only just beginning. They were also the architects of how to manufacture, test, and—perhaps most importantly—sell it. Over their 40-plus-year relationship with Herman Miller, the Eames Office touched nearly everything. They designed showrooms in New York, Chicago, and Los Angeles; graphics for the company’s iconic catalogs, brochures, and advertisements; and presentations to demonstrate the new and innovative products they developed.

For a few of those products, Charles and Ray also explored what would become their favorite way to deliver information: film.

From the 1950s to the 1970s, the Eames Office produced over 125 films. Several of those films were produced for Herman Miller and represent some of the Eameses’ early forays into filmmaking. Three recently preserved films—S-73 Sofa Compact, Soft Pad, and Fiberglass Chairs—Something of How They Get the Way They Are—are essentially Eames. They’re cheerful and charming, informative and innovative ... instructing viewers not just how the products work, but also what they might mean to the lives of the people who use them.

The first film that the Eameses made for Herman Miller, S-73 Sofa Compact explains the design and function of the sofa to the Herman Miller sales force, dealers, and merchants. The ten-minute-forty-second film features stop-motion footage of the sofa being assembled with narration from Charles Eames and music by Elmer Bernstein.

Many of the original 16mm prints of the Eameses’ films made their way into Herman Miller’s archive, which functioned as a lending library of films for salespeople, students, and researchers. But the Eameses’ massive archive—one million items, including their films—went to the Library of Congress after Ray died in 1988. Now the stewards of The Work of Charles and Ray Eames, the Library of Congress is at work creating preservation-quality copies of their films. They’ve done 20 already with more to come. 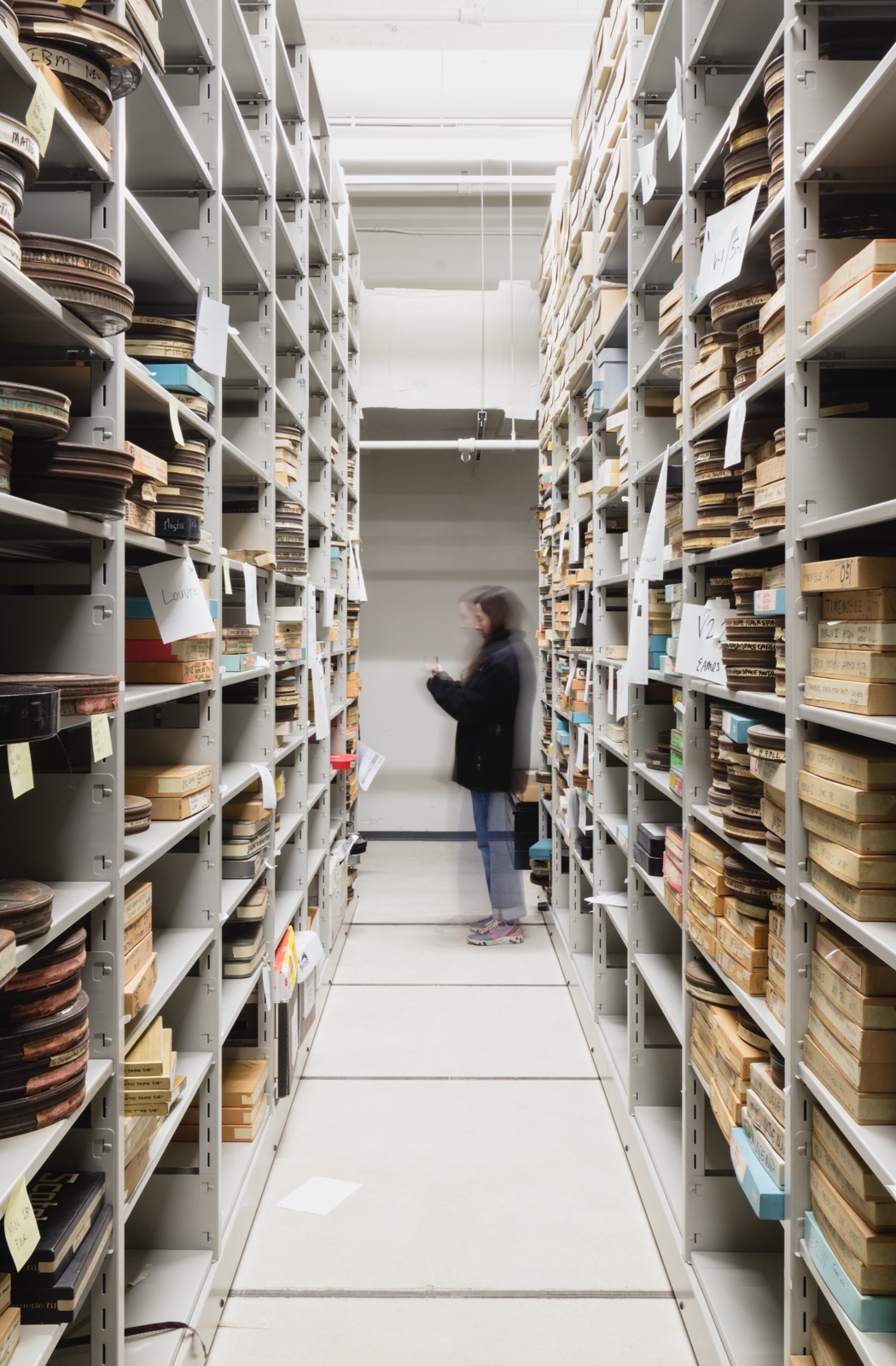 Herman Miller’s Corporate Archivist Amy Auscherman explores one of the many aisles containing original Eames films donated to the Library of Congress. 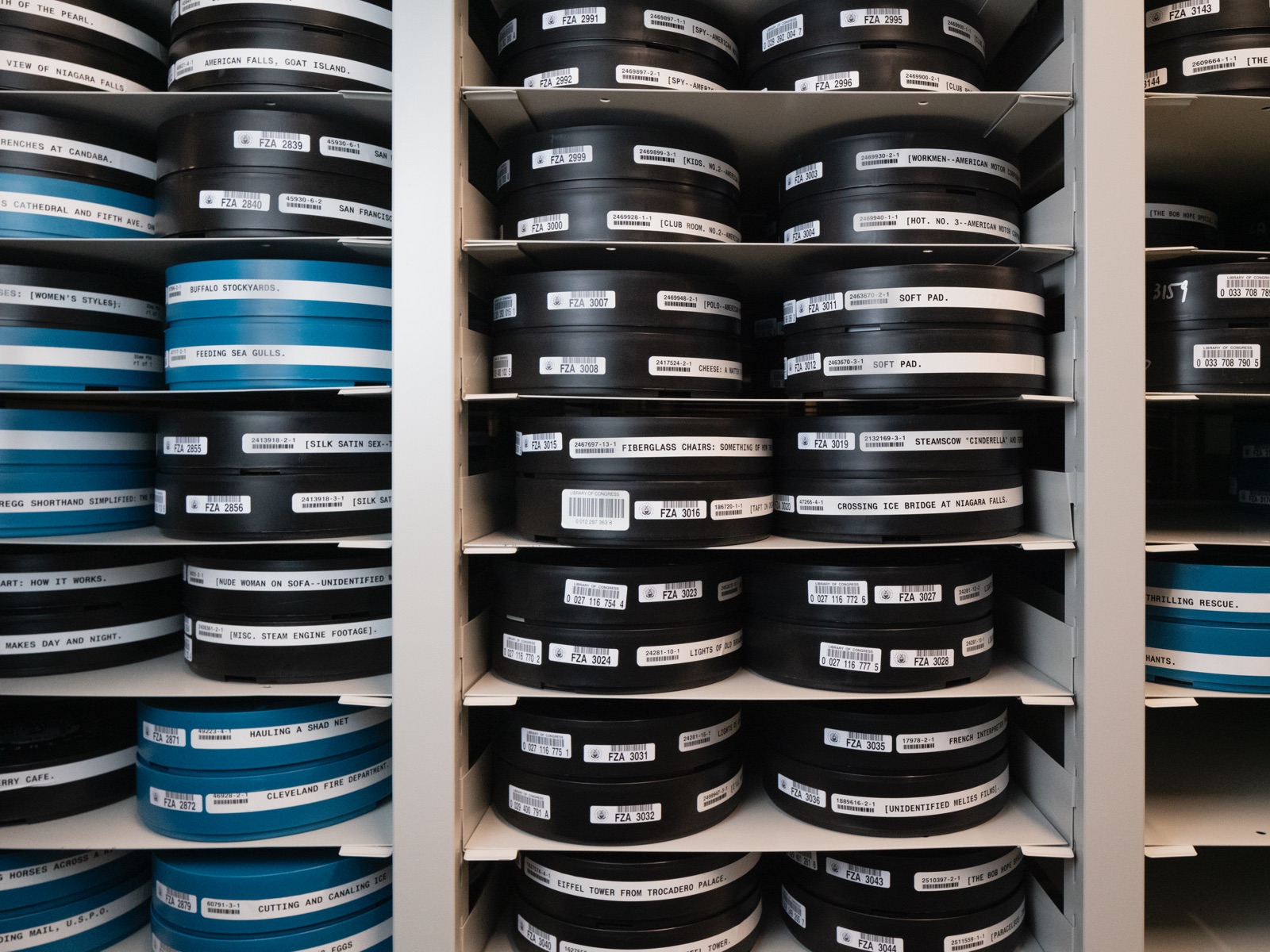 Restored films are catalogued and stored in temperature-controlled vaults at the National Audio-Visual Conservation Center in Culpeper, Virginia.

Soft Pad, which describes the design of the new chair, was based on a three-screen slideshow that the Eameses made and transferred to film footage and live action photography shot at their home. The film details the construction of the chair, as well as its connections, upholstery, and hardware. The score is by Buddy Colette.

“This is the first time we’ve collaborated with an outside entity that was involved in the films originally,” said Gallick.

She did it with funding from Herman Miller and a bit of technical support too. While dialing in the print for Soft Pad, the experts at film laboratory Colorlab relied on archival Herman Miller marketing material and photography to get the colors just right.

“It was really helpful to have somebody who knew about the furniture in the films to help match up the color with the original fabric,” Gallick said.

The audio for S-73 Sofa Compact needed some additional help during the restoration process to clear up distortion and background noise on the track. Amy Gallick enlisted Rob Friedrich, three-time Grammy Award-winning audio engineer and sound lab supervisor at the Library of Congress, to faithfully restore Charles Eameses’ voiceover and Elmer Bernstein’s score. Cleaning up the audio didn’t mean stripping the track of its aural texture entirely, though. Friedrich kept in some of the sonic characteristics you would expect to hear from a 1954 recording.

Debuting some 20 years after Herman Miller introduced the Fiberglass Shell chairs, this film looks at their design and production from the drawing board to the casting to assembly to packaging. It’s choreographed to music by Buddy Colette.

For more on Charles and Ray Eames and their legacy in film, check out this article from Cultured Magazine.

From their pioneering films to your own home, the Eameses’ work continues to inspire.