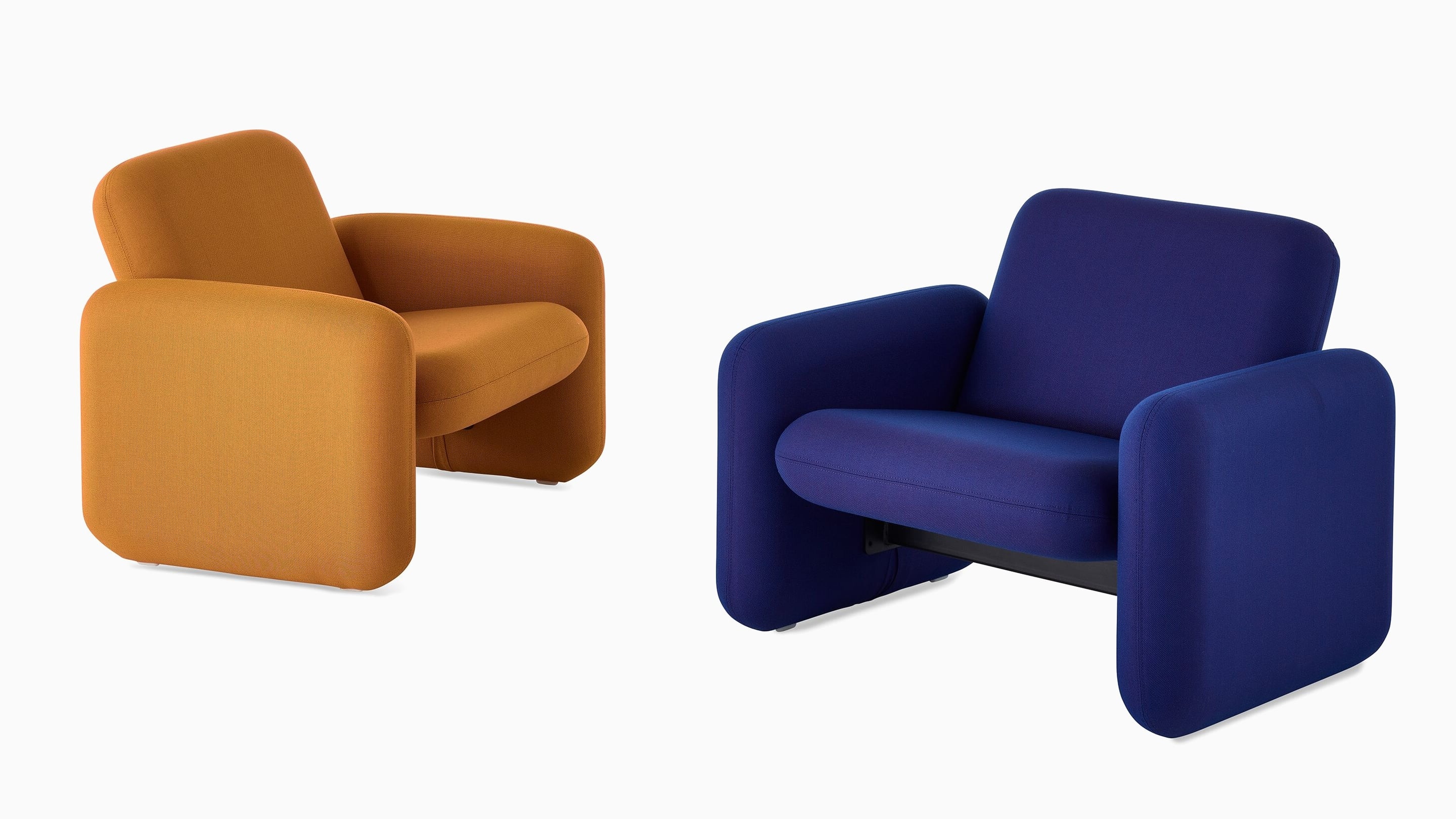 But then Wilkes encountered a new foam injection machine in the manufacturing area of the plant. It produced the clean lines and smooth, contoured shapes he had envisioned—and it did so reliably, every time. Every cushion came out perfectly square with rounded edges, like Chiclet gum, which lent the seating collection its widely known nickname. It was a shape that previously hadn’t been possible to make.

Wilkes Modular Sofa Group came out of experimentation with what was then an innovation in manufacturing—in the same way that the iconic Eames molded plywood chairs were a result of manufacturing technology. For Wilkes, “Minimalism isn’t just straight lines. The most important thing is the form and the simplicity of making it.”

And the memorable color palette? Credit for that goes to Alexander Girard, who had applied the saturated rainbow hues to the company’s first two-way-stretch upholstery fabric. The combination of Wilkes’s straightforward design thinking with Girard’s famously colorful palette made the so-called “Chiclet” a viable, sellable collection.

We’ve updated the design with power and upholstery options, making it more functional and more accessible to people with a broader range of aesthetic preferences. Beyond that, we know to leave well enough alone. While the 1970s may once again be in fashion, it's the honesty of Wilkes's design and its straightforward construction that make Wilkes Modular Sofa Group an enduring classic.