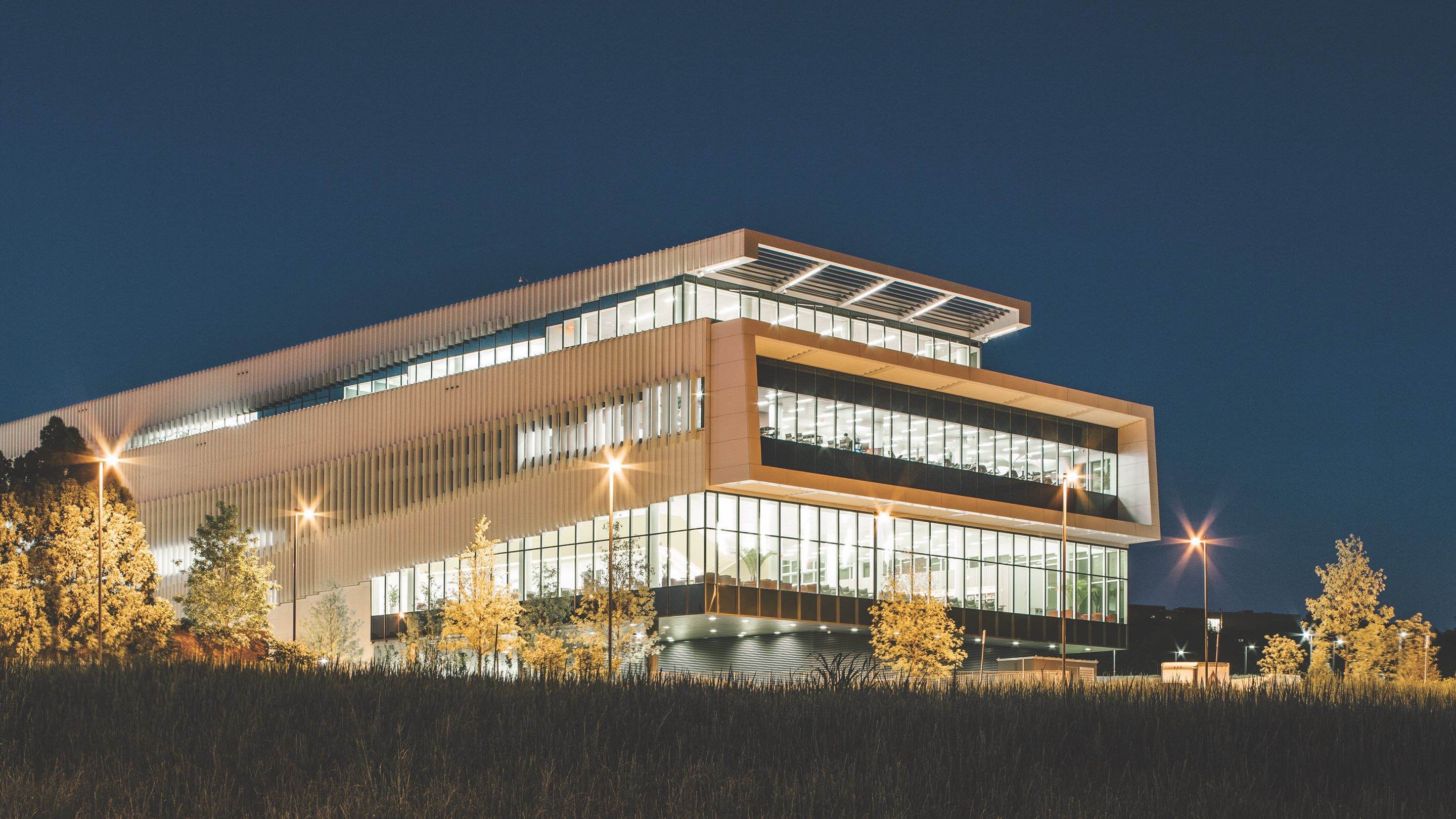 When administrators at North Carolina State University (NC State) decided to build the James B. Hunt Jr. Library at their Centennial Campus in Raleigh—a unique research park that encourages collaboration between the university, government agencies, and some of the world’s most innovative companies—they wanted to create a building that would strongly position the campus as a place of the future.

To see evidence of this intent, look no further than the bookBot, a robotic system that delivers in less than five minutes any of two million books that students can select from a virtual catalog. The system, which stores the books in 18,000 bins, has allowed the university to shift their focus from storing books to accommodating the diverse needs of students and faculty.

“The robotic system came into play, which gave us 10 times more footprint to give the students, faculty, and staff areas where they have a myriad of choices,” said Gwendolyn Wood Emery, Director of Library Environments. “They love the choices—from individual spaces to those that are more open.”

The bookBot is just one of many state-of-the-art design considerations at the Hunt Library. The $115-million library, designed by the architecture firm Snøhetta, features: media-production rooms; a visualization lab with a 270-degree digital display; a Makerspace with 3D printers, 3D scanners, and laser cutters; and almost 100 group study rooms (up from 12 at the library on the main campus), all of which offer video conferencing.

“One of our main design intents was to create a space where collaboration was very easy, where people could gather formally or informally—a place that would become part of the working lives of students,” says David Hiscoe, Director, Communication Strategy, External Relations, for the NC State libraries.

Students aren’t the only ones who find the library essential to the learning experience.

“To date, we’ve had almost 25,000 people show up for tours since we’ve opened,” says Hiscoe. “It’s almost like a medieval cathedral—the experience of being there was moving. I think we’ve been able to create a building that’s sort of a modern equivalent of that.”

From architecture to furniture to the latest technology, the Hunt Library inspires a broad range of visitors—from children mesmerized by the bookBot to administrators from academic and public libraries worldwide interested in drawing on the Hunt design team’s approach to programming the space.

All of these design considerations culminate in a place NC State students and administrators are enormously proud of. “The Centennial Campus lacked a heart—a place that made it vibrant,” says Hiscoe. “That heart became the Hunt Library.”

The library is also evolving with the changing needs of the campus community. Administrators regularly meet with groups of students to discuss how the space is working for them.

“Perhaps the best quantifiable feedback is one of the things we did when we opened,” says Hiscoe. “Students could take a photograph, put it on Instagram, and tag it as #myhuntlibrary. Our expectations were if we got 150 photographs, we would be really happy. We ended up getting over 4,000. There is a real pride in the building—a real sense that this is a fun place to be and a place that encourages creativity and exploration.”