The Attributes of Thermal Comfort

Ergonomic Criteria for the Design of "Breathable" Work Chairs 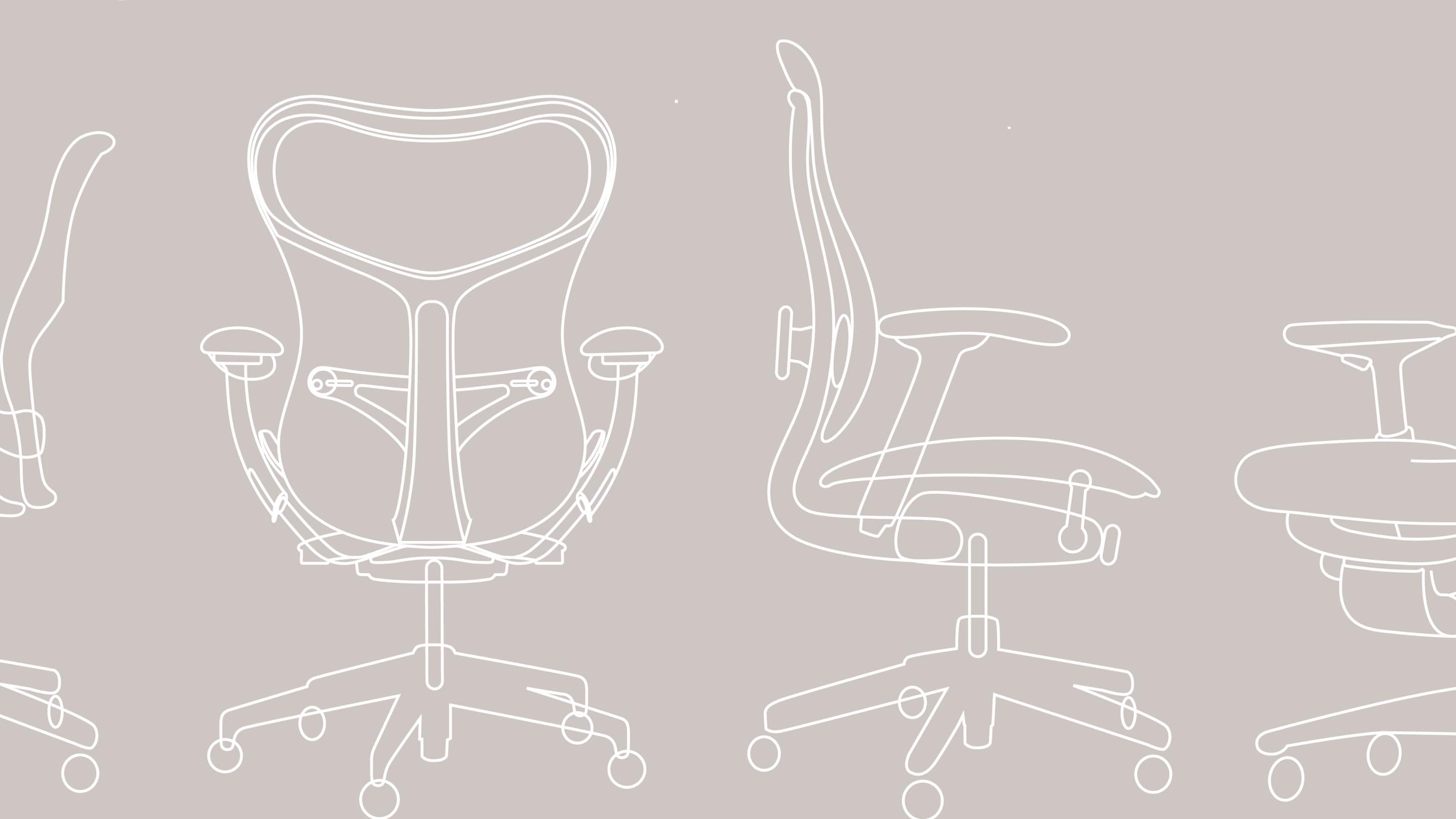 A chair should “breathe”; its surface materials should provide comfort and allow conduction of heat and dispersion of moisture away from the surface of the sitter’s skin.

A work chair should have a neutral effect on body-surface temperatures, so that thermal comfort is not posture dependent.

People are more comfortable when ambient temperatures are neutral, allowing the body to maintain thermal equilibrium without sweating or shivering. Increased humidity at the skin’s surface can lead to sitting discomfort.

The human body is designed to maintain thermal equilibrium with its outside environment, so that body heat produced by activity and metabolism roughly equals the amount of body heat lost to the ambient air. When this equilibrium is disturbed, the body compensates by shaking to generate more heat or sweating to transfer heat away from the body surface through evaporation.

Humidity is another important aspect of thermal comfort. A seated person will usually feel uncomfortable when humidity builds up at the skin’s surface because moist skin creates increased friction coefficients (Reed et al.,1994), causing it to stick to clothing or chair upholstery and inhibiting the small movements required to shift weight off pressure points.

A comfortable chair will have a neutral thermal effect on the body by allowing the flow of air to the body or the dispersion of water vapor from it.

Design a work chair that "breathes" so that sitters experience the same thermal conditions when seated as they experience when standing.

Fabric-over-foam padding has long been the conventional approach to work chair construction. Such padding has insulating properties that prevent conduction of heat away from the body. A study of different materials used for wheelchair seat cushions found a significant rise in skin temperatures under the thighs and sitting bones of test subjects in chairs using four-inch-thick (10 cm) foam rubber pads (Fisher et al., 1978).

Foam padding can also impede water vapor transfer from the skin’s surface. One study found that, along with different foam compositions, permeability of seat cushions varied with compression (Diebschlag et al., 1988). This suggests that thermal comfort could vary for different people using the same type of work chair, depending on where and how much each person compresses the foam cushions of the seat pan and backrest.

In some climates, the cost of additional air conditioning required to counteract the insulating properties of non-breathable seating materials can be a significant expense. A report published by the Rocky Mountain Institute estimates that an office chair upholstered with a non-breathable material insulates 20 to 25 percent of the body’s surface. This can add $140 to $290US per seated worker in HVAC and utility equipment costs (Houghten et al., 1992). By helping to maintain neutral body temperatures, a chair with a breathable material requires less cooling. It may, over the life of the chair, generate enough HVAC cost savings to offset the chair’s initial cost.

Develop breathable and porous seat and backrest materials that provide comfort and allow conduction of heat and dispersion of moisture away from the surface of the skin.

The porous quality of suspension materials such as Pellicle, AireWeave, Cellular Suspension, and FLEXNET allows for unobstructed moisture dispersion and conduction of heat away from body surfaces that touch the backrest or seat pan.

A more recent development is the Pixelated Support system. It uses both a global and a local spring layer to fit the sitter’s body shape. / See Figure 1 / This contoured, layered design allows for air to flow through the layers.

A chair designed with breathable and porous seat and backrest materials allows airflow to the parts of the body in contact with the chair that is comparable to the airflow that reaches the more exposed parts of the seated body. For example, an American Society for Testing of Materials airflow test (D3574-91) of Pellicle material found no measured pressure drop from one side of the material to the other when air was directed through it at 10 cubic feet (65.6 cubic cm) per minute, signifying that the Pellicle material is virtually porous. Using even a highly porous foam in the same test restricted the airflow dramatically. / Figure 3 / Adding a completely non-porous chair shell structure would then result in total blockage.

Taking its cue from the porosity of classic wicker or rattan furniture, a chair made with breathable suspension material is virtually "transparent" with regard to airflow and heat transfer, acting as a conduit for, rather than a barrier to, the surrounding thermal environment. People who work in an office furnished with such chairs should be able to dress for the ambient conditions and not notice temperature changes when they move between standing and seated tasks.

Yves Béhar is the founder of fuseproject, a San Francisco-based design agency. He has been exploring the design world since his childhood in Switzerland. Béhar brings a humanistic approach to his work with the goal of creating projects that are deeply in-tune with the needs of a sustainable future, connected with human emotions, and which enable self-expression. The Sayl family of chairs for Herman Miller is his first foray in designing chairs.

Jerome Caruso is the designer of Celle chair. Caruso’s designs extend beyond seating and the workplace. As Sub-Zero’s designer for over 20 years, Caruso has been influential in shaping the look and function of kitchen products and appliances. The innovative mind and design expertise of Caruso is evident in the more than 75 design patents he holds. Jerome and his son, Steven, designed Herman Miller’s Reaction chair in 1998.

Don Chadwick co-designed, along with Bill Stumpf, the groundbreaking ergonomic Equa and Aeron chairs for Herman Miller. He has been instrumental in exploring and introducing new materials and production methods to office seating manufacturers.

Bill Dowell was Herman Miller’s board-certified Corporate Ergonomist at the time of his death in 2012. During his 28-year career at Herman Miller, Bill was instrumental in leading research into the study of ergonomics and applying the principles of good ergonomic design to our products. In 1991, Bill played a pivotal role in Herman Miller becoming a charter member of the Office Ergonomic Research Committee (OERC). Bill was a key member of the BIFMA Ergonomics Subcommittee that was responsible for the original BIFMA Ergonomic Guideline for VDT Furniture, and was also a member of the committee that revised the BSR/HFES 100 Standard for Human Factors Engineering of Computer Workstations. He was also a member of the CAESAR 3-D surface anthropometric survey and the Human Factors and Ergonomics Society, representing Herman Miller in both groups. Bill’s published work includes studies of seating behaviors, seated anthropometry, the effect of computing on seated posture, the components of subjective comfort, and methods for pressure mapping.

Championing research and creativity in the earliest phases of Herman Miller’s product development efforts, Gretchen Gscheidle leads the team that explores unmet customer needs and responds to strategic questions identified by various organizational leaders. As the research link in all of the company’s seating introductions beginning with the Aeron chair in 1994, Gretchen has a strong record of participation and contribution in product development at Herman Miller. She is a member of the Human Factors and Ergonomics Society and represents Herman Miller on the Office Ergonomics Research Committee. Her research has been published in peer-reviewed journals. Gretchen earned a BFA in Industrial Design from the University of Illinois at Urbana-Champaign and graduated from Northwestern University’s McCormick School of Engineering with a Master’s of Science in Product Design and Development.

Studio 7.5, located in Berlin, Germany, designed the Mirra chair, the Setu chair, and, most recently, Mirra 2—a complete redesign of the original. Designers Burkhard Schmitz, Claudia Plikat, Carola Zwick, and engineer Roland Zwick lead the design firm, which opened in 1992. Also active in education, the designers teach industrial design and product design at universities in Germany. An interest in the tools that define how people work has led Studio 7.5 to design software interfaces, office seating, and medical equipment. Studio 7.5 has been collaborating with Herman Miller for over 20 years.

The late Bill Stumpf studied behavioral and physiological aspects of sitting at work for more than 30 years. A specialist in the design of ergonomic seating, his designs include the Ergon chair, introduced by Herman Miller in 1976 and, with Don Chadwick, the equally innovative Equa and Aeron chairs. He contributed significantly to the design of the Embody chair prior to his death in 2006. In that same year, he posthumously received the National Design Award in Product Design presented by the Smithsonian’s Cooper-Hewitt, National Design Museum.

Jeff Weber credits his love of furniture design to working with Bill Stumpf, who designed for Herman Miller for 30 years. Weber joined forces with Stumpf’s Minneapolis firm in 1989. That led him to his association with Herman Miller. Weber worked with Stumpf on the Embody chair and, after Stumpf died in 2006, Weber evolved the design at his Minneapolis-based Studio Weber + Associates. In addition to the Embody chair, Weber’s designs for Herman Miller include the Intersect portfolio, Caper seating, and the Avive table collection.