WHY makes an Alexander Girard pilgrimage to Columbus, Indiana.

Few small American towns punch quite as far above their architectural weight as Columbus, Indiana. The city of about 47,000 people may well have the most important modern buildings per capita of any place in the world. Between Eero Saarinen’s glorious Miller House and Garden with a landscape design by Dan Kiley, his North Christian Church, First Christian Church by his father Eliel Saarinen, and buildings by Harry Weese, Edward Larrabee Barnes, Robert Venturi, and others, Columbus runs long in modernist heritage. Alexander Girard is another designer who looms, if not exactly large, then deep. His work ranges from a downtown masterplan from the 1960s, to the gesamtkunstwerk-like interiors for the Miller House, to assorted ceremonial artifacts for North Christian, to work on several buildings downtown. Earlier this summer, WHY visited Columbus—dinner at the Miller House was a highlight—with Girard’s son Marshall Girard, his grandchildren Kori Girard and Aleishall Girard Maxon, and photographer Nicholas Calcott. We went to make sense of Girard’s legacy and to see what’s next for Columbus’s current crop of designers, archivists, and historians.

Here’s what we saw and what we learned.

Being in the Miller House is the closest thing to being in our grandparents’ own home that I’ve felt since they passed away. The mixture of folk art, fine art, global textiles, color both bold and subtle is deeply familiar. Our grandfather was not a man of ego, and you can feel his humility and humor through the house despite its grandeur and formality—there is an elegant comfort to it all. 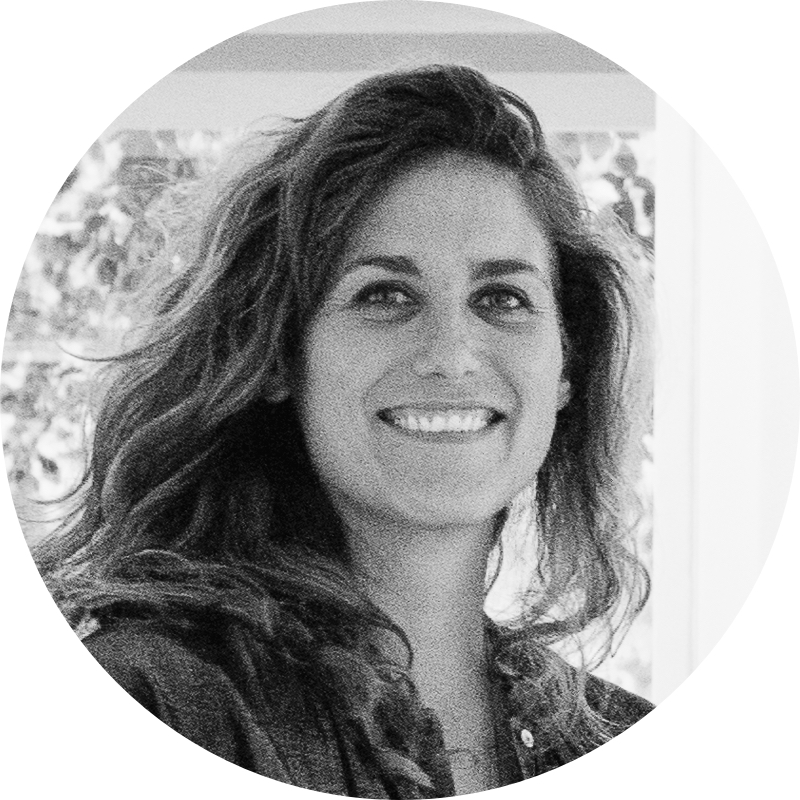 The Miller House is both surreal and exciting. Getting to spend some time exploring, I felt a further appreciation for the spacious and open layout. It achieves a level of intimacy that one doesn’t anticipate upon entering. I was also taken with the detail of the dollhouse which sits on the perimeter of the conversation pit. The figures inside were created by our great uncle Tunsi and they represent a playful quality that is unexpected and perfectly fitting all at once. 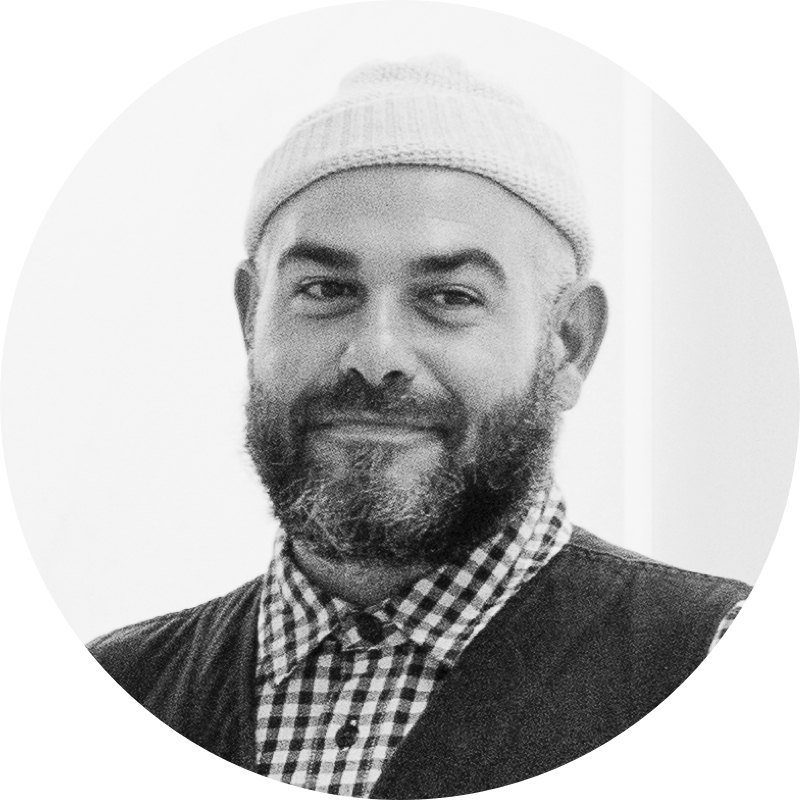 As a first-time visitor to the home—albeit one who has pored over photograph after photograph of the place for hours—I was immediately struck by the fact that images do little justice to the experience of being in the place. There is no shortage of surprises, the first being that the Miller House isn’t actually that big; the bedrooms of the four Miller children, with their Girard color-matched schemes and Quatrefoil curtains, are little more than ship cabins. The landscape, on the other hand, is deceptively huge. Despite the modesty of scale and humanity of the design, there is an otherworldly opulence surrounding every detail—the Italian marble, the brass fittings, the inlays on the tables, the switches and hidden power outlets, the perfectly organized china shelves. The entire experience leaves you with the sense that real luxury isn’t unlimited consumption, but rather unlimited consideration. 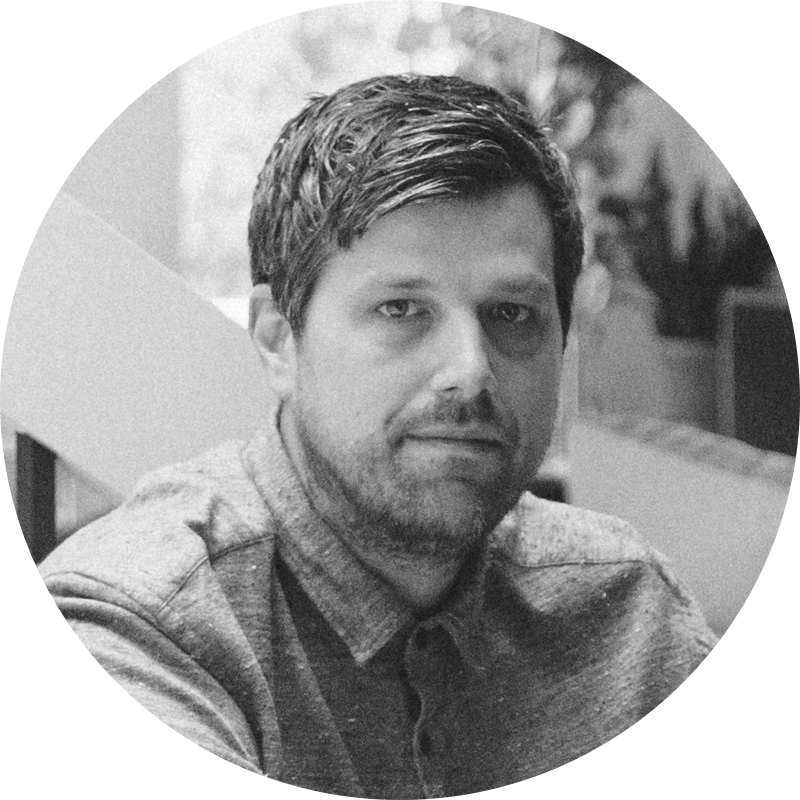 As a photographer, being in the Miller House immediately brings to mind the golden age of architectural photography—particularly Ezra Stoller’s iconic photographs of the house. It’s hard not to react to that when you’re photographing, but you try and put it out of your mind and approach the images fresh. It is an honor, though, to be following in his footsteps, sometimes quite literally when I set up for a shot and recognized the exact angle, position, and focal length of a picture I’d previously seen. 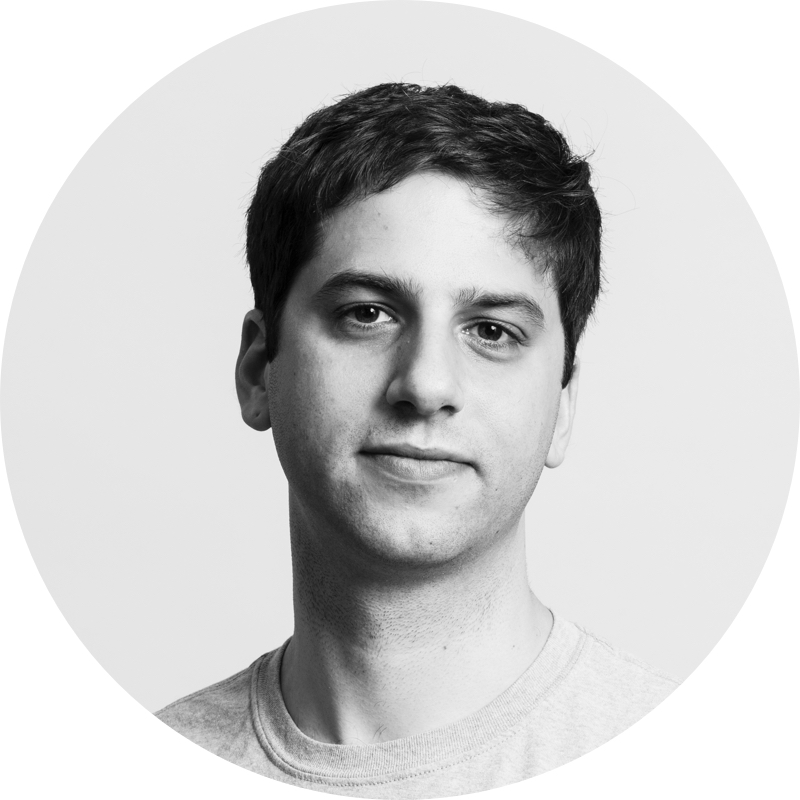 What I love about Girard is his ability to balance a cacophony of color and texture with an extreme sense of order. At the Miller House, collections are neatly arranged in shadow boxes, the storage wall creates a grid to hold a multitude of books and objects that span centuries and cultures. The conversation pit—which serves as the bold centerpiece of the living room—is submerged within the marble floor’s sea of warm beige. As much as Girard loved contrast and eclecticism, he was a true master of spatial harmony. 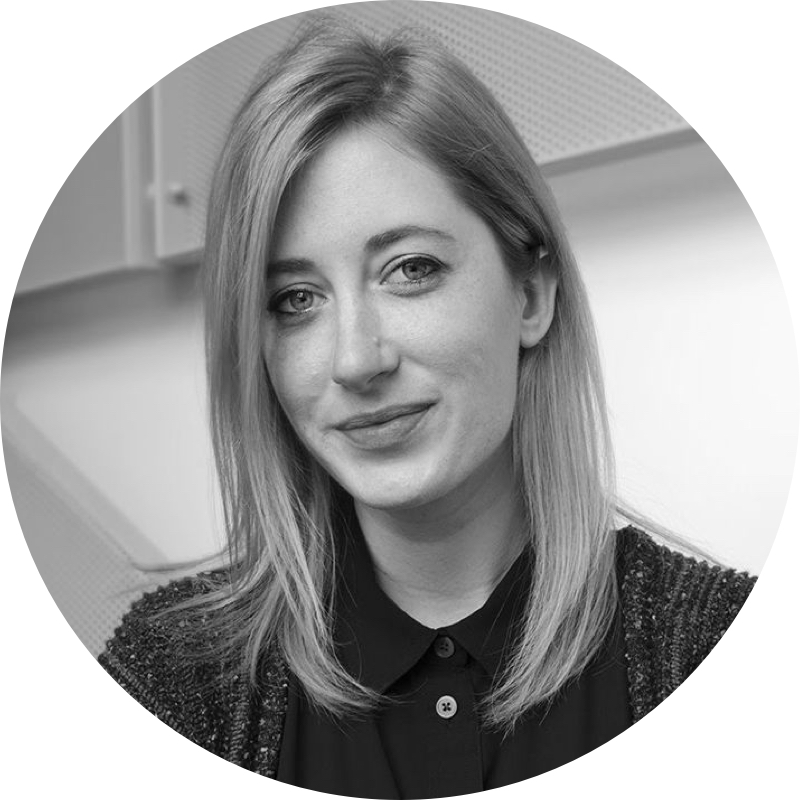 So much of mid-century design was a simplifying and distillation of form. I think our grandfather understood this inclination and aligned with it but also believed that things or spaces didn’t have to be void of personality. I see his role in Columbus as a bridge from one way of thinking to another. He loved innovation but not at the cost of a larger historical context.

The façade of the Miller office in downtown Columbus is a perfect example of the bridge of the modern and the personal. The classical colonnade juxtaposed with his futuristic pod-looking entrance is at once shocking and seamless.

I don’t know that we see a different side of Girard as we take in his other Columbus projects so much as seeing how Girard’s Columbus projects show the breadth and depth of his creativity in different media and at such different scale. In his Storefront Improvement Project, I see the Miller House's storage wall with its mix of materials, colors, textures, and objects. Girard animates mid-century modern design with color and form, and more than anything, he invites us in. 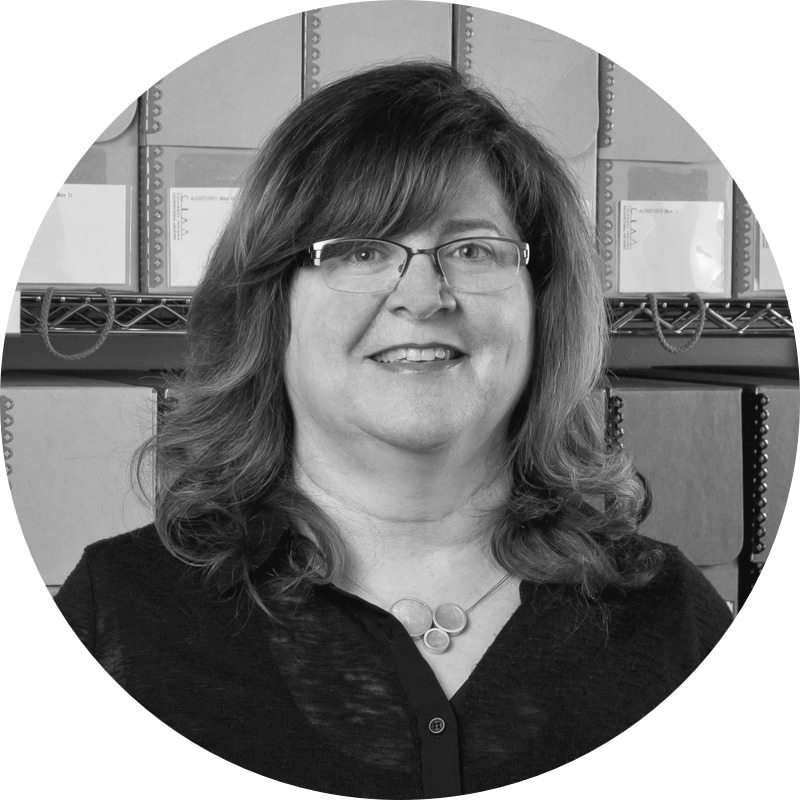 People often associate modern architecture with large, coastal cities, but seeing work of both Saarinens, Weese, Noyes, Venturi, and others in the context of a Southern Indiana city is an even more satisfying way to see the ideas of modernism play out. The buildings by these famous architects don’t function as monuments—the residents of Columbus interact with and use them and are deeply proud of their built environment. 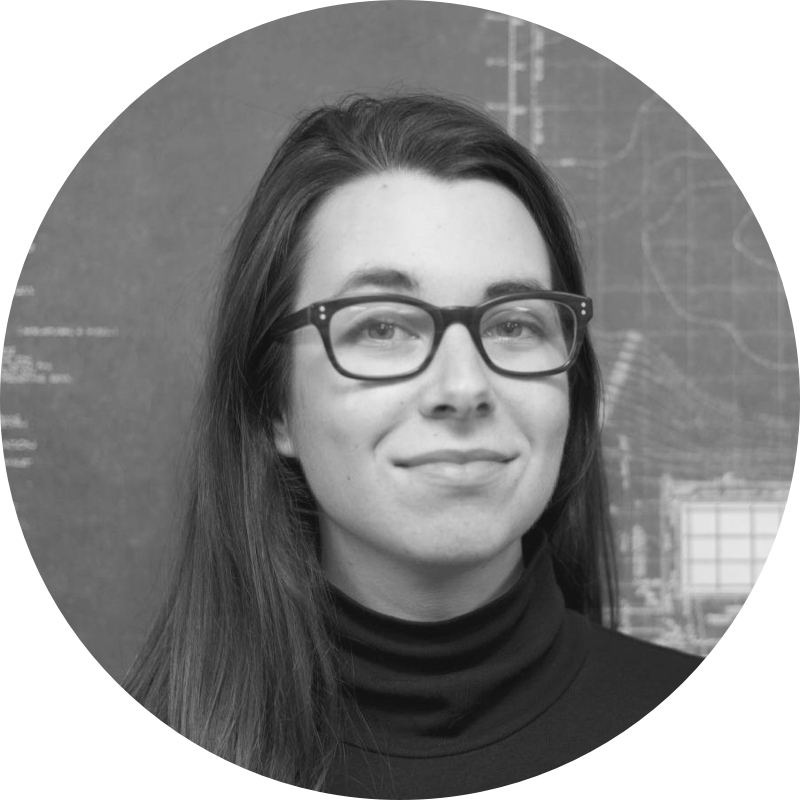 Columbus is at the beginning of a contemporary renaissance of sorts. Architecture and design are part of the foundation and identity of Columbus, and I love being part of a new generation of people who are interested in building on this legacy. With Exhibit Columbus the upcoming masters of architecture program from Indiana University, which will be based in Columbus; and the movie Columbus that was recently released, it's an exciting time to live here and be part of the renewal of interest in this special place. 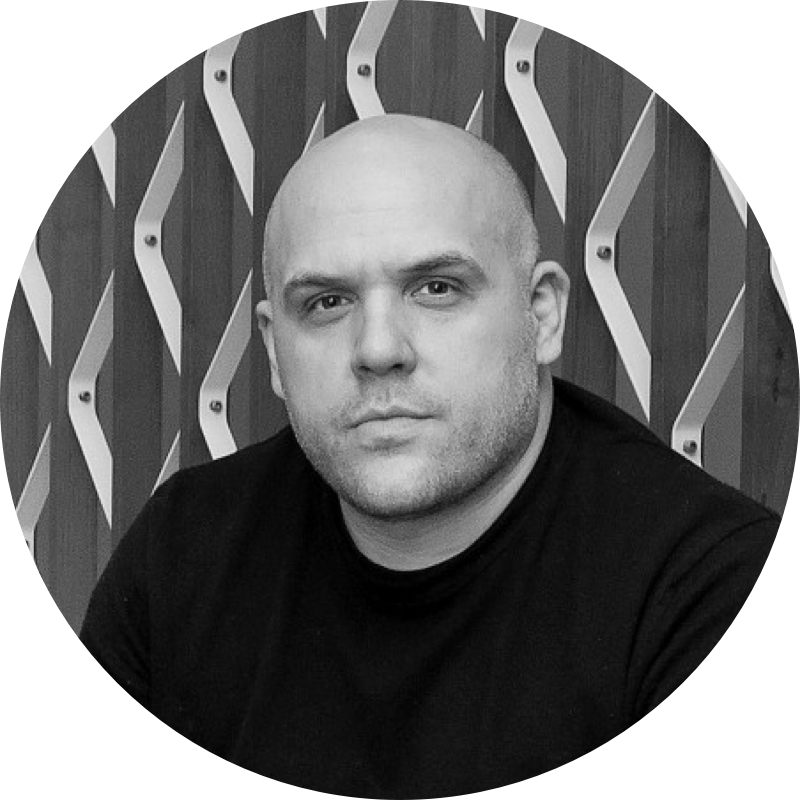