A new film and essay on the canny, elegant design of Industrial Facility

A new film and essay on the canny, elegant design of Industrial Facility

To obtain a home telephone in 1950s Britain, an application to join a waiting list had to be made to the General Post Office. The handset (just one model available) would arrive some months later. Manufacturers operated like quasi-municipal agencies in much the same way, benevolently dispensing durable goods to grateful consumers on timeframes that today would appear outrageously relaxed. Industrial designers fit neatly into this set-up. They worked for manufacturers, ensuring the quality of their products, sometimes with unexpected and even beautiful results. As markets became saturated, however, the designer’s role changed. Where demand was found to have been satisfied, dissatisfactions now had to be created—a problem the newly minted field of marketing was appointed to address. Over the last 50 years, designers have seen their contribution to the production process rendered peripheral as their relations to manufacturers are mediated to an ever-greater degree by the findings of market research.

The profession has responded in various ways. Many have adapted their practice to the given situation. A few have become brands in their own right, although, within a largely managerial role—the unity of the personal name is hardly reflected in the designer’s scattered attention. Others have regained control over their activity by shifting to an art-design model and in doing so, have secured for themselves an integrated and more satisfying mode of work—but only by forfeiting the democratic possibilities of mass production. When Kim Colin and Sam Hecht opened their studio, Industrial Facility, in 2002, they did so with the aim of restoring to the practice of industrial design something of its earlier character and purpose: the designs and ideas of the past century that truly enriched the daily lives of its users. They looked to the example of greats like Gio Ponti, Franco Albini, Richard Sapper, Dieter Rams, George Nelson, and Charles and Ray Eames, who each developed intimate and enduring partnerships with manufacturers. The current state of things, Industrial Facility saw, radically foreclosed such relationships. Hemmed in by commercial demands, few contemporary manufacturers have the movement, let alone courage, to decline the security promised by industry practices established precisely to limit corporate exposure to risk. Since its start, however, Industrial Facility have maintained a rule only to work with companies that have excepted themselves from such norms by their preparedness to enter into an authentic dialogue with designers. The relationships that the studio has with such clients as Muji, Wästberg, Mattiazzi, and Herman Miller tend to be longstanding, discursive, and analytic. 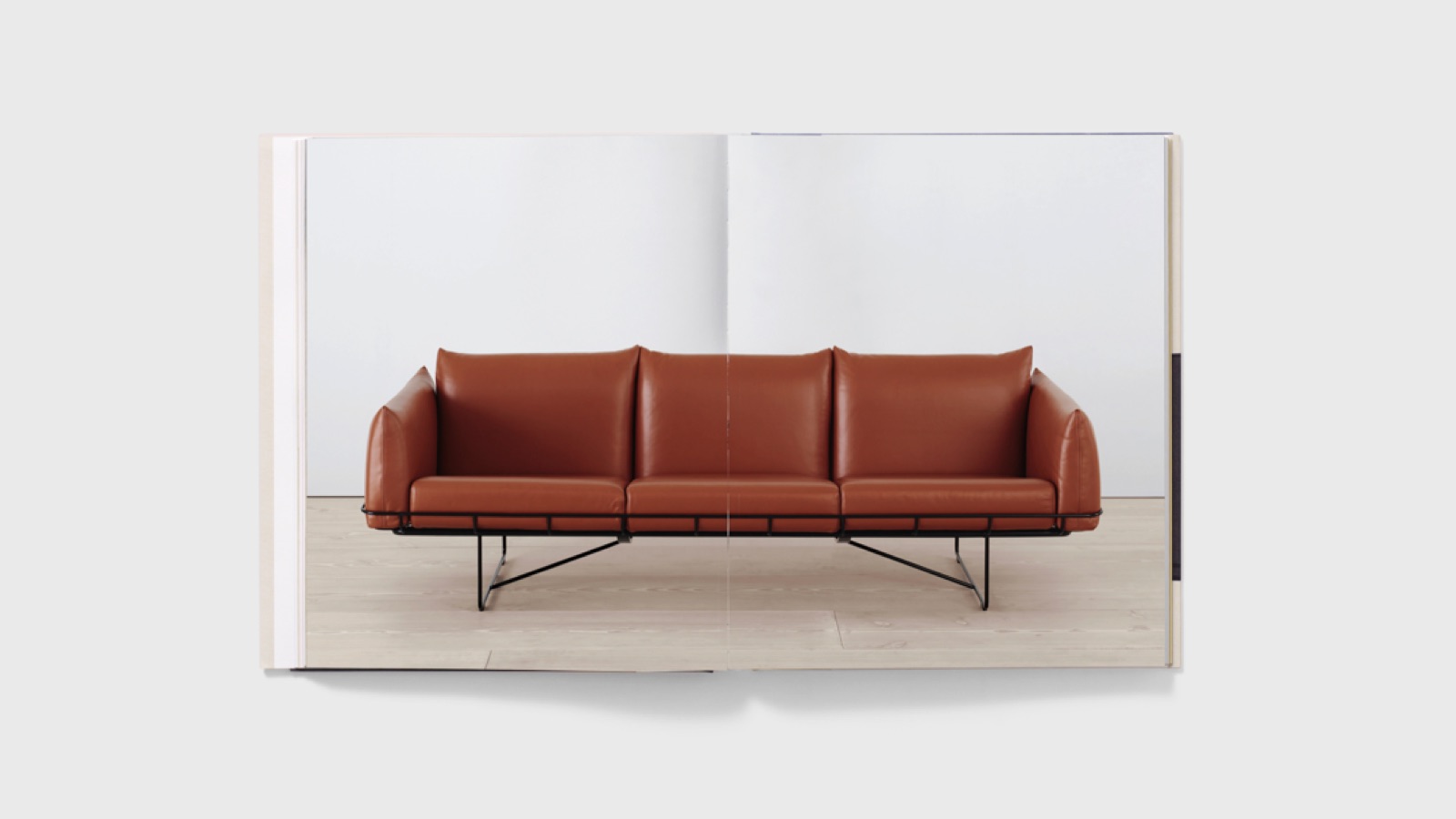 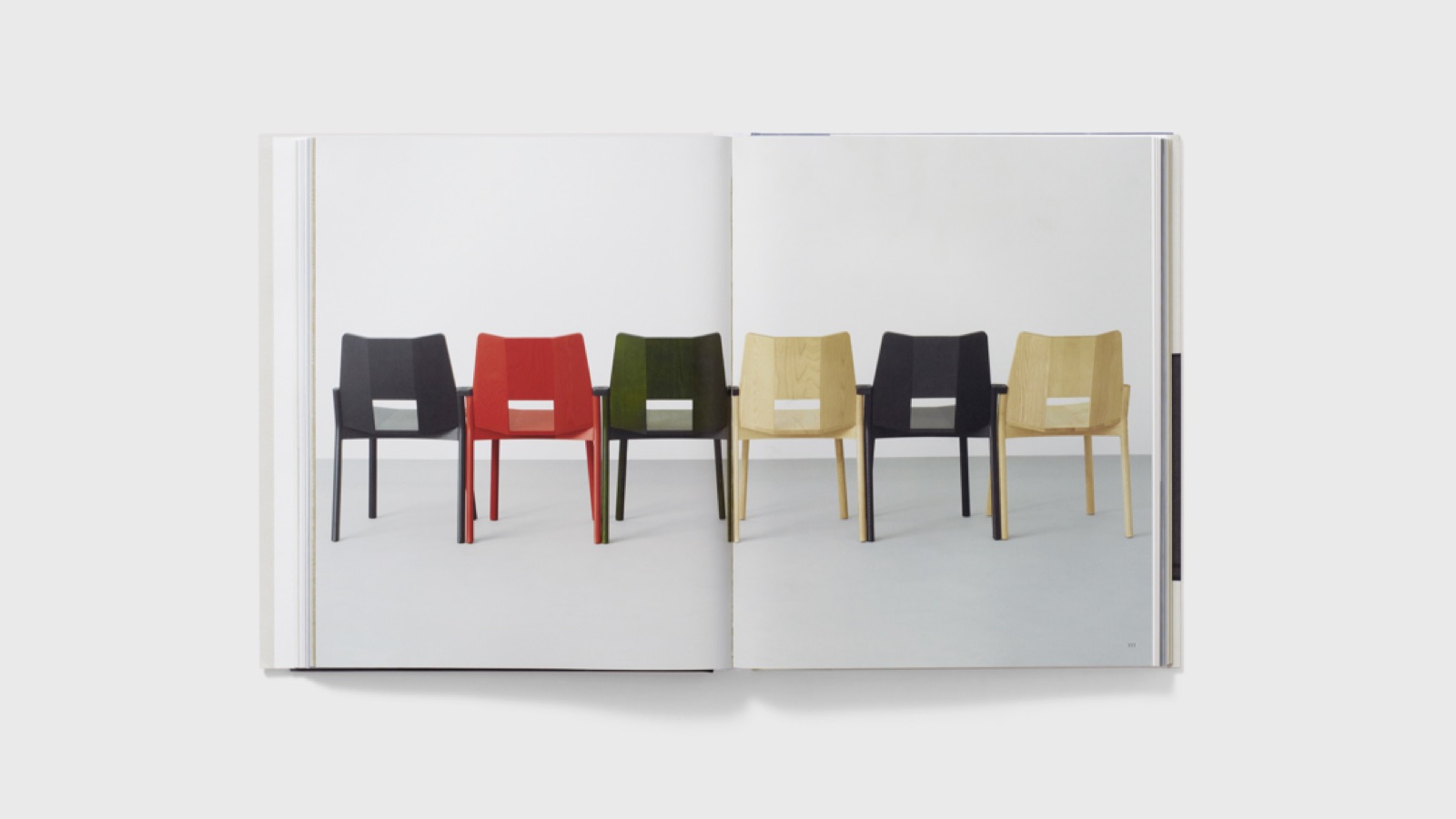 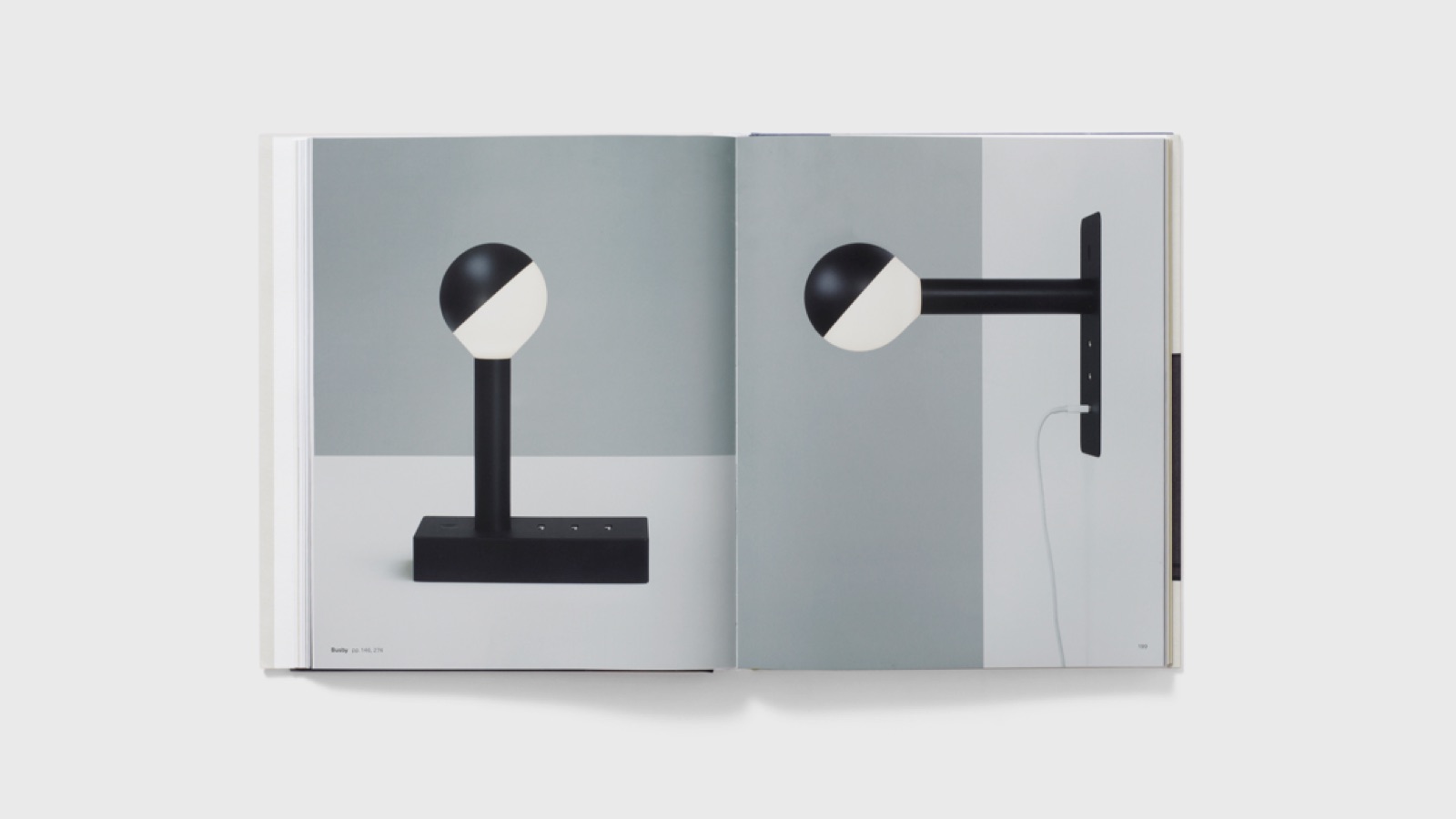 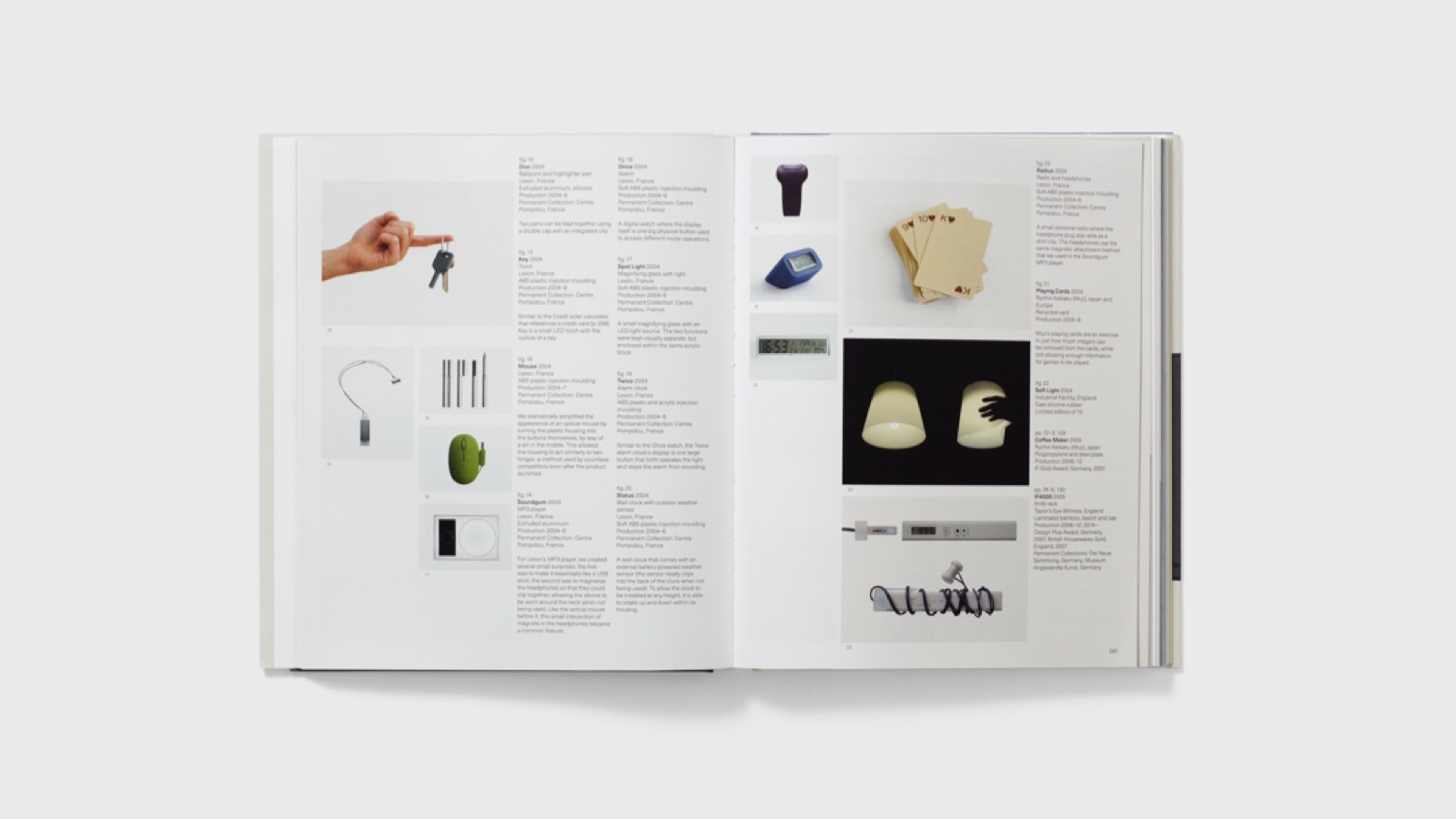 The initial phase of a design’s development consists in a lot of back-and-forth between studio and client as the route to a solution is gradually formed in a synthesis of their respective expertise. Often, this phase is resolved in the form of a book presented to the client by the studio. The book makes clear requirements of the manufacturer and of the prospective product—its concrete situation of use, as well as its intervention, whether that be in an inventive lateral extension of the client’s program or the subversion of typology. The narrative voice is disarmingly direct. Stripped of the usual buzzwords and stock phrases that tend to appear in the absence of thought, the text joins facts pertinent to the necessity of the product’s actualization. As an object complete in itself, the self-sufficiency of the book anticipates the unity of the proposed solution. Its form thereby frames the terms of the manufacturer’s acceptance or, indeed, rejection, which must be correspondingly unqualified. An option to pick only a part of the design, perhaps to be mixed with another pulled from a consultant’s mood board, is not available. If a design goes forward, it receives from the studio a quality of attention in its development that is equally total, maintained in large part through Colin and Hecht’s refusal to parcel their work in a supervisory role for distribution between teams.

These days, such a pattern is certainly rare. But to view Industrial Facility’s activity only from the side of their working practice risks the impression that the studio has merely succeeded in re-creating for itself an historical pattern of employment through a canny negotiation of exceptional circumstances amidst generally hostile conditions. Their practice is, however, far from a nostalgic retreat. For the studio’s insistence upon an undivided work process finds its objective counterpart in the emphasis its designs place on the concrete moment of use. This is not historical in the register of classical modernist functionalism—an idealist union of form and function—but distinctly contemporary in its engagement with the present. 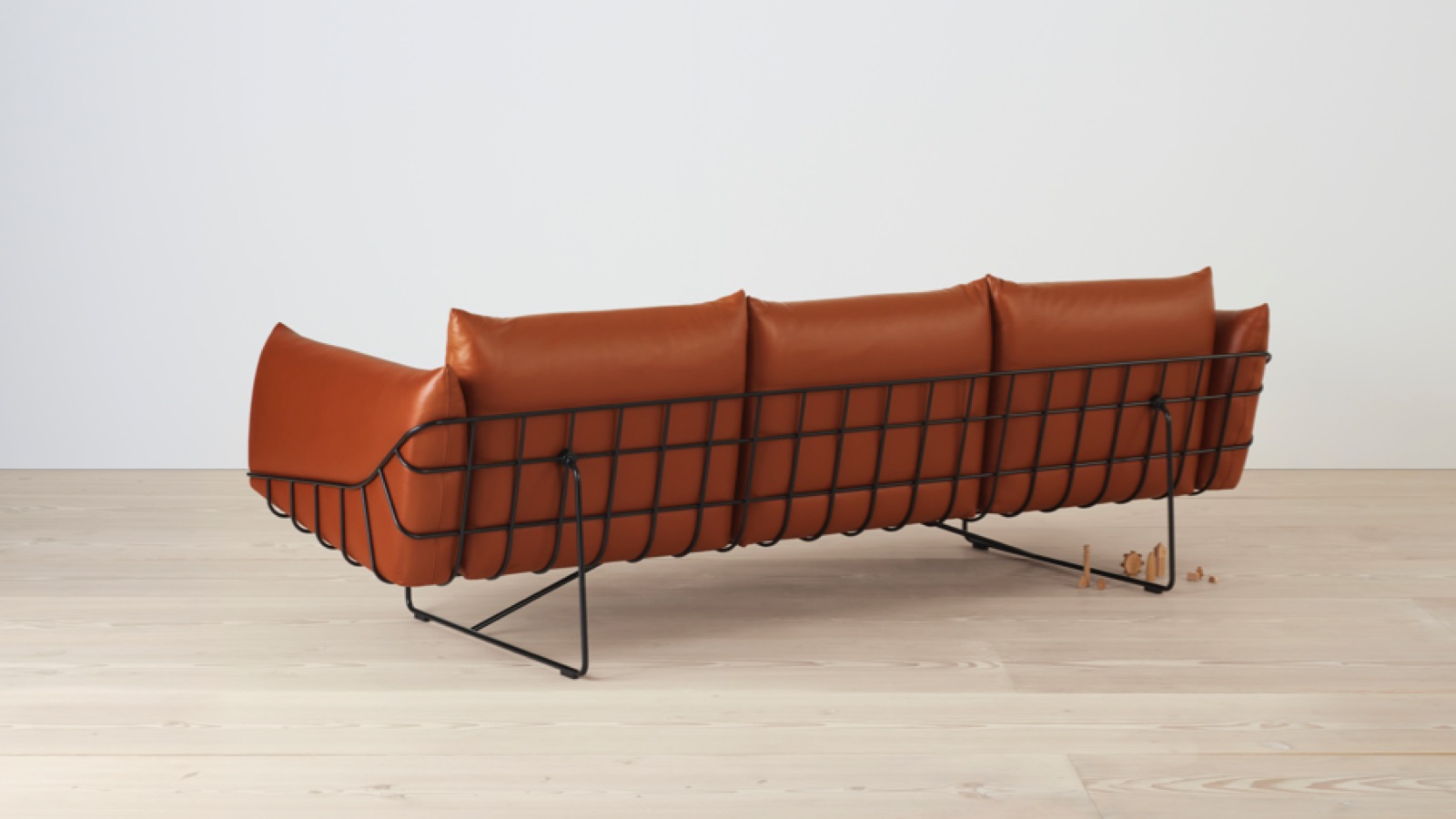 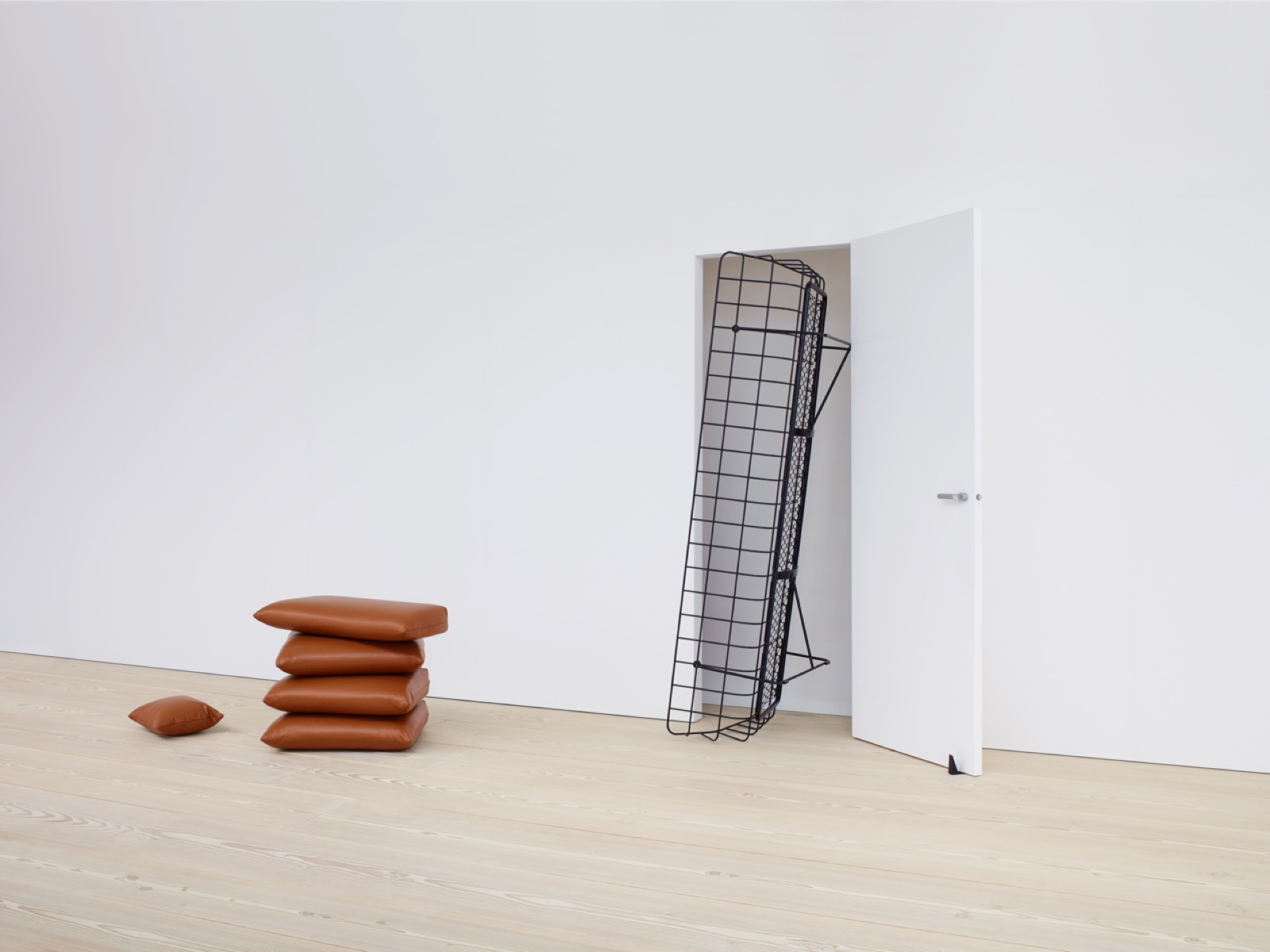 The profession of industrial design has not been singled out for special punishment. Fragmentation and abstraction, which characterize the working conditions of today’s designers, are just the characteristics of social life in general. The same holds for teachers and factory workers, as it does for the situation within which their services and products are consumed. Somewhere back around the middle of the twentieth century, when the future still appeared as a space to be filled in, modernist design saw itself in a heroic world-building role as channeling the species’ productive energies toward collective self-realization. Whether the optimism was misplaced, that’s not the way things panned out. From the ’60s onward, the social corollary of economic development has been a tendency for things to come apart quite profoundly. Instead of a technological utopia of human freedom, we have made a world in which we feel ill at ease. If the social means of self-realization is now restricted to individual acts of consumption, it’s not hard to see how alienation—the pervasive feeling that experience has been rendered brittle and truncated—itself gives a spur to further rounds of alienation. The current fetishism of the concrete and useful, evident in the au courrant penchant for leather aprons, galvanized steel buckets, and handmade bicycles, is just the most obviously tragic appearance of a universal condition.

Against this state of affairs, Industrial Facility’s designs provide a subtle basis for resetting experience on the side of the concrete and immediate. In attending to the state of a liquid through the semi-opaque sides of a paper cup, in the submerged recognition of the girth of a broom handle in the arm of a chair, or the flex of a memo pad that recalls the distinctive manipulation of a passport, users are held in a space apart from the dislocating distractions of the web and the estranging use of objects as codified tokens of self-presentation. Other designs, adopting a higher level of reflection, consider use from the standpoint of the whole—limiting function and suppressing attention in recognition of the fact that the other devices around them will take up the slack. It is not only objects, considered as singular points, but the environment made as a combination of all such things, that must function. Ultimately, the use here lies in the creation of actually habitable space, one in which other projects, perhaps not concerning objects, might develop.

The studio’s laconic name marks an unambiguous commitment to industrialized production—that is, to the specific possibilities that it holds today, rather than the more historical world-making kind. It’s the difference between construction and repair. Not enough, to be sure, but certainly something and as that, perhaps a great deal.

For more, check out the first monograph on the complete works of Industrial Facility by Sam Hecht and Kim Colin available from Phaidon.

Shop for these and other Industrial Facility designs for Herman Miller. 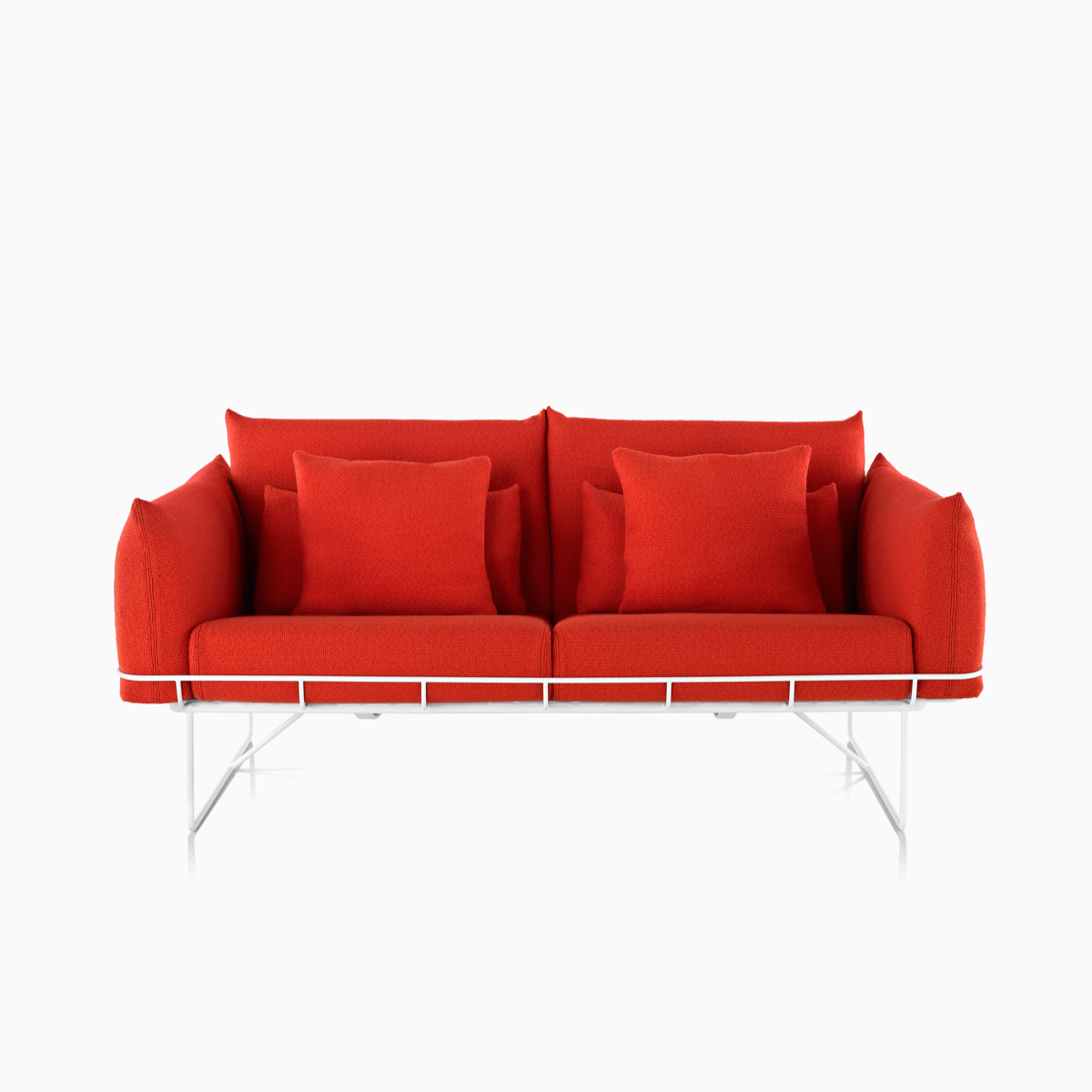 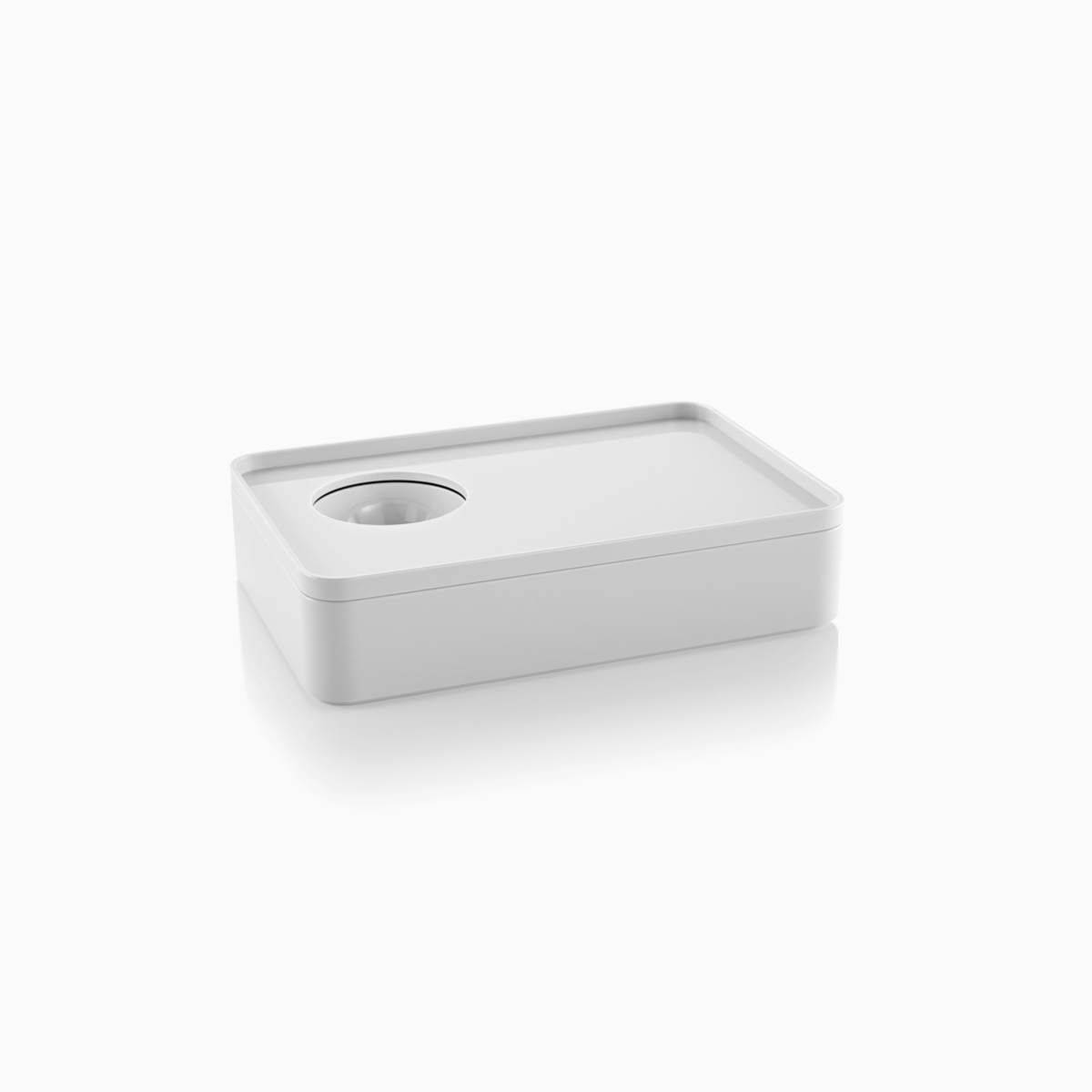 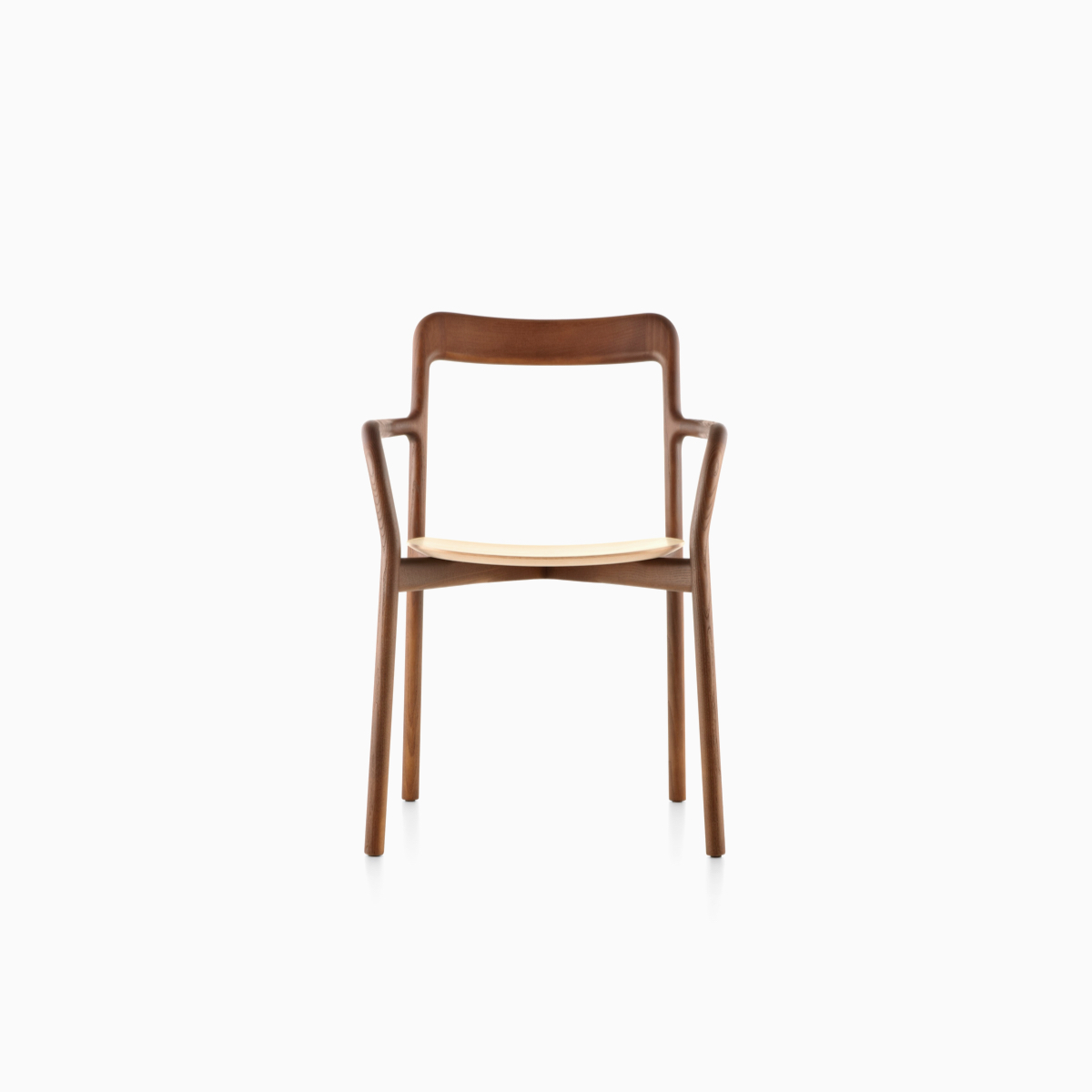 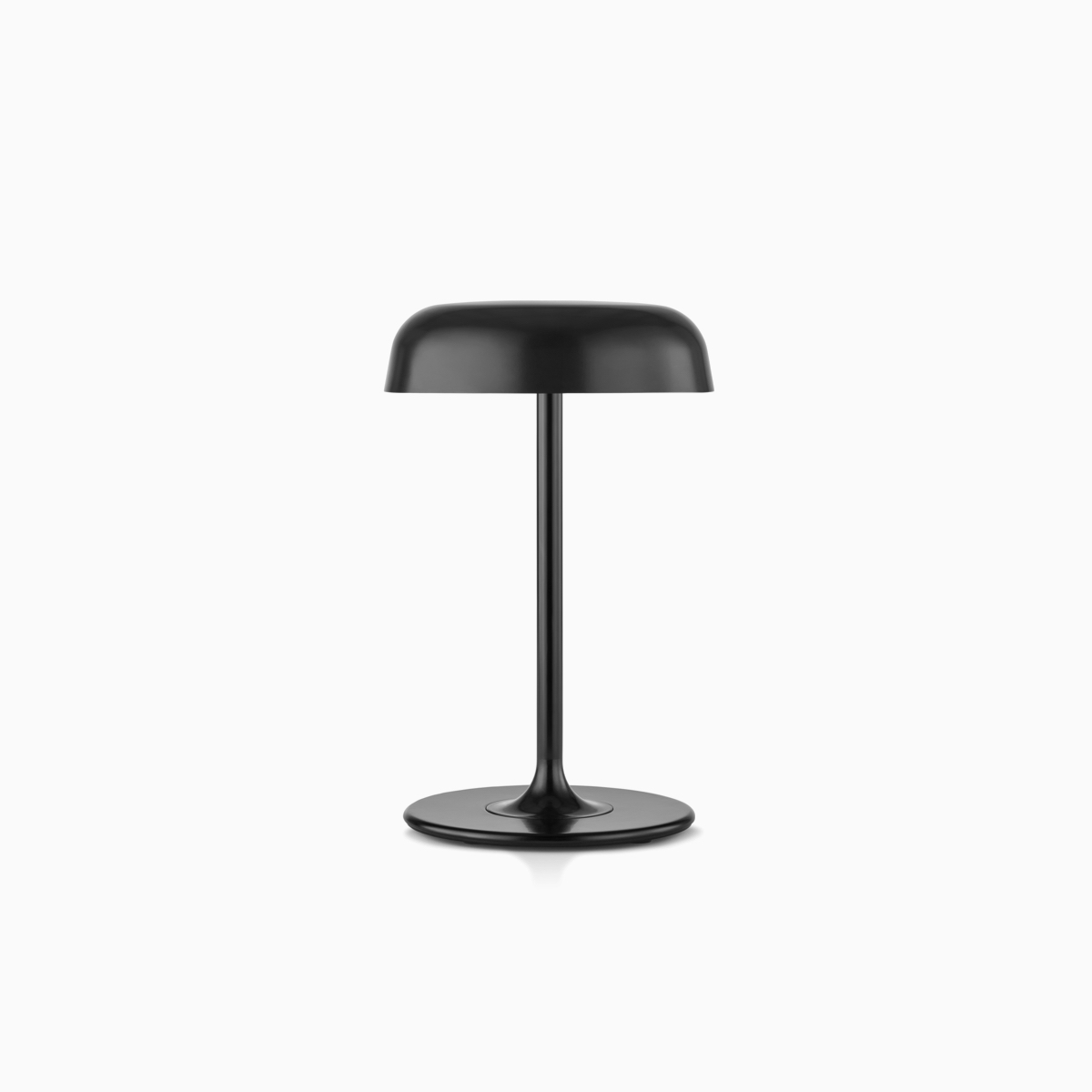